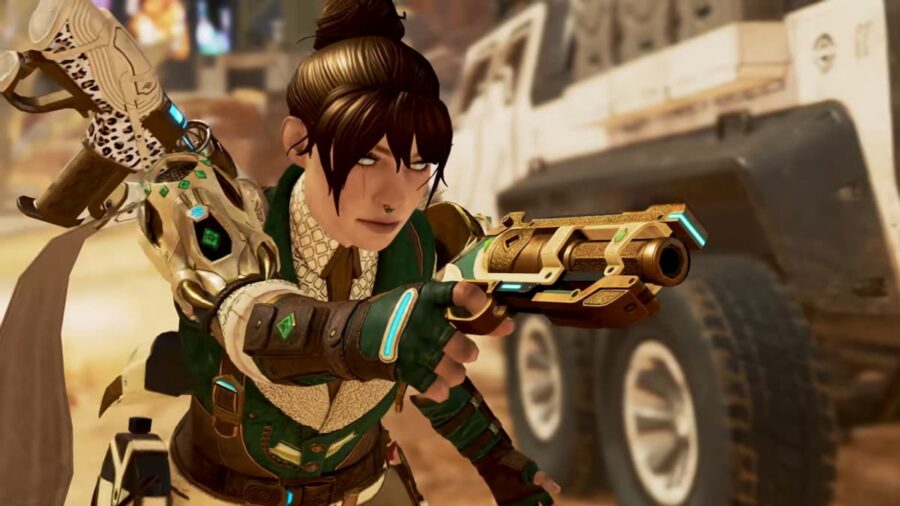 Wraith is perhaps one of the most popular in Apex Legends, and her backstory is full of trials and tribulations that eventually made her stronger. Wraith has the power to open dimensional portals in-game, and her in-game voice lines often inspire players to never give up in the face of adversity. Naturally, players are inquisitive to know who plays the voice actor for this iconic Legend. Here's all you need to know about the voice actor for Wraith in Apex Legends.

Who is Wraith's voice actor in Apex Legends?

Shantel VanSanten is the voice actor for Wraith in Apex Legends. Fans may recognize her from some of her popular movies and TV shows. These include the roles of Becca Butcher in The Boys, Karen Baldwin in For All Mankind, Quinn James in One Tree Hill, and Detective Patricia Patty Spivot in The Flash. Fans can follow her on Twitter and Instagram, and also check out VanSanten's IMDB page to see all the roles she has played throughout her illustrious career.

Apex Legends players love to hear the unique voice lines and elimination quips every character has to offer. Wraith has some of the best dialogues in the game, and a few of them are bound to charge you up before engaging in combat. For instance, Wraith says, "There is a thin line between life and death. You will find me there." That is exactly the kind of motivation you need before squaring up in a 1v3 situation with Wraith.

Related: Who are the Apex Legends voice actors?

Wraith is undoubtedly one of the most aggressive Legends to play with, and you will often find popular streamers maining this character. On the funny side, all bald Wraith skins are popularly known in the community for being used by "highly skilled" players. Most of the community believes Wraith is the best pick for a map like World's Edge, especially if you land at the Fragment POI. However, don't be surprised if your team's Wraith suddenly quits the game after getting knocked 100 meters away, she is just traveling through her portal to a different match.

Wondering how the currencies work in Apex Legends? Check out Apex Legends How to Get Apex Coins, Legend Tokens, & Crafting Metals on Pro Game Guides.

Who is the Voice Actor for Wraith in Apex Legends?