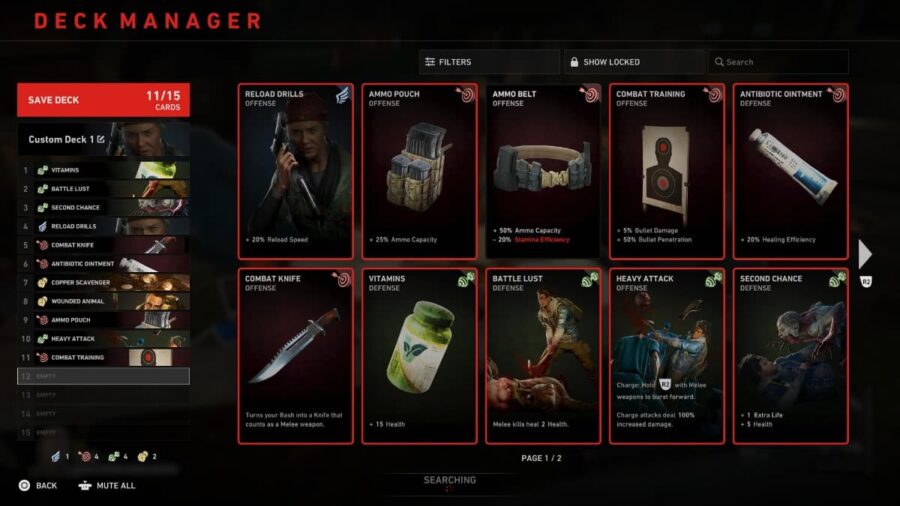 Back 4 Blood may borrow some conventions from its predecessor, Left 4 Dead, but the Card System the game uses is both intuitive and unique, ensuring that players can customize Cleaners to their content. Cleaners can take up to 15 Cards with them into the campaign, but how should players organize their decks? Does it even matter where the cards go?

The order Cards sit in Decks in Back 4 Blood dictates when they appear in between rounds. The higher in the deck a card is, the sooner it will be available, meaning that cards players want to have earlier should be placed in the first few slots of the deck. Likewise, cards that are less crucial to an early game attack plan should find a home in the latter portion of Decks.

It may take some practice and experimentation to see which Cards work best earlier in a game and which ones are better suited for late-game play. Play around with these character buffs and see what suits your playstyle. The flexibility of the Card System means there's no one right way to organize these Decks.

Back 4 Blood is available now for PlayStation 4, PlayStation 5, Xbox One, Xbox Series X|S, and PC.

For more on Back 4 Blood, make sure to check out our other guides, like the Best Doc Build in Back 4 Blood here on Pro Game Guides.