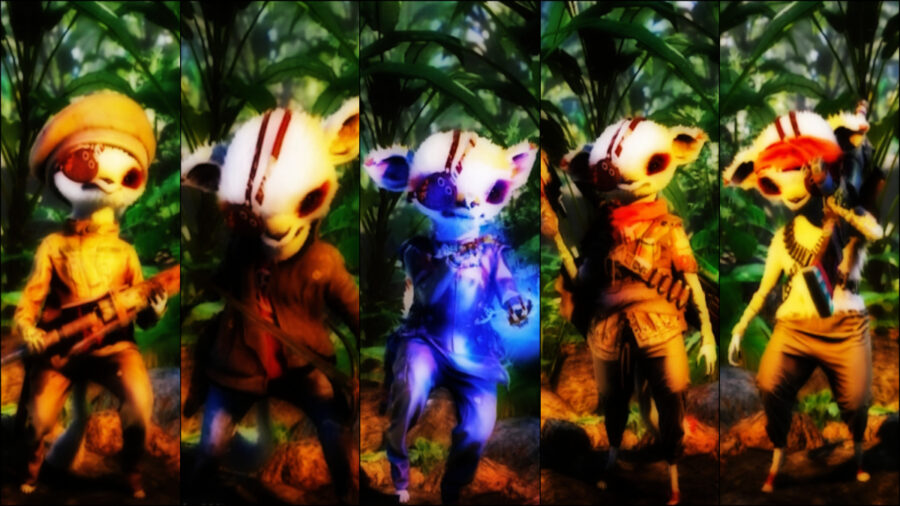 Depending on the character architype chosen by players in Biomutant; the special abilities, or perks assigned to each class, help to excel the character's build in combat style and determines the starting equipment given at the beginning of the game.

Though a few of these assigned abilities are available for all players in the General Perks, most Class Perks are not available to every class or player. Each class represents a different type of play-style, for those who seek a melee build or for those looking for more of a ranged-style shooter one. With a breakdown of the three perks that players will want to unlock first; here's our list of the best Biomutant Class Perks.

Dead-Eye is the perfect class for a ranged-weapons style build and excels in Non-Automatic Rifles. It's starting perk is Perfect Reload, which is a General Perk that reloads ranged weapons instantly, and grants the next magazine to players with an additional 20% damage attached to it.

Related: How to Get Upgrade Points in Biomutant

Commando is best for players who like a shooter style build that revolves around dual wielding pistols. It's starting perk is Fury, which inflicts 10% more damage to enemies with ranged weapon attacks.

The Psi-Freak Class begins players with the starting perks, Spark Ball and Mega-mind. Spark ball is an ability that allows players to form a ball of energy that will damage the enemy in it's direction, and Mega-Mind gives players a 20% increase to their Ki-Energy; which will be used frequently for this class.

Related: All Psi-Powers in Biomutant

If a melee build is the style players are looking for, the Sentinel class is the one to choose. It's starting perk is Toughness, which increases players base armor by 10%.

Fight enemies with colorful mushrooms, goo bubbles and green slime! Check out our list of the Best Biomutant Abilities and Mutations.