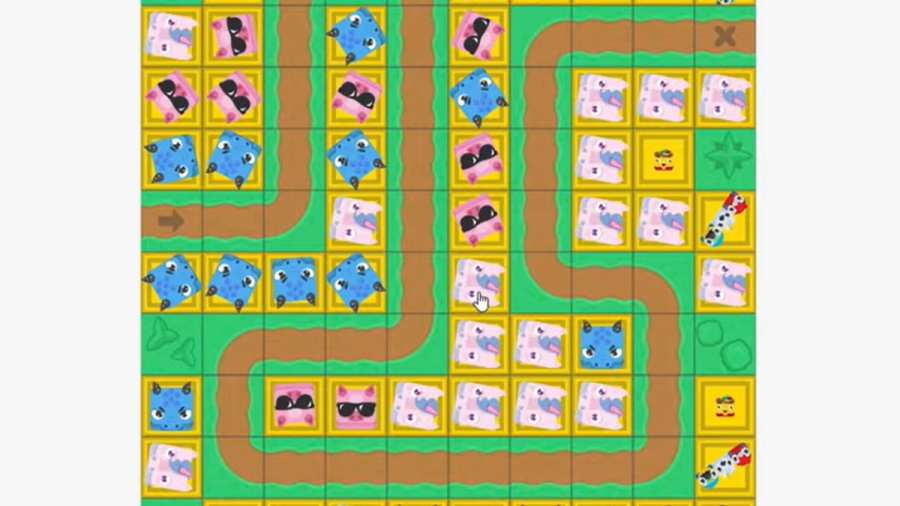 The best build for Blooket Tower Defense is of course going to incorporate some of the game's best towers. Those towers and their proper upgrades can be found below:

While knowing which towers to pick is important, positioning these towers to maximize effectiveness is also essential. For the most success, you need to position Disco Pigs and Wind Dragons as close to the track as possible due to their shorter range compared to your other towers. Crazy Unicorns have a huge effective range but cannot hit enemies anywhere, so positioning them behind your Pigs and Dragons will be the best spot for them. Sniper Owls and Birds should be placed in spots that Crazy Unicorns would struggle to hit targets so that their unlimited range is put to good use. Lastly, try to weave in Mini Jesters where they can offer their buff to as many towers as possible. Note the Mini Jester Buff does not stack so place Jesters out of each other's range for maximum efficiency.