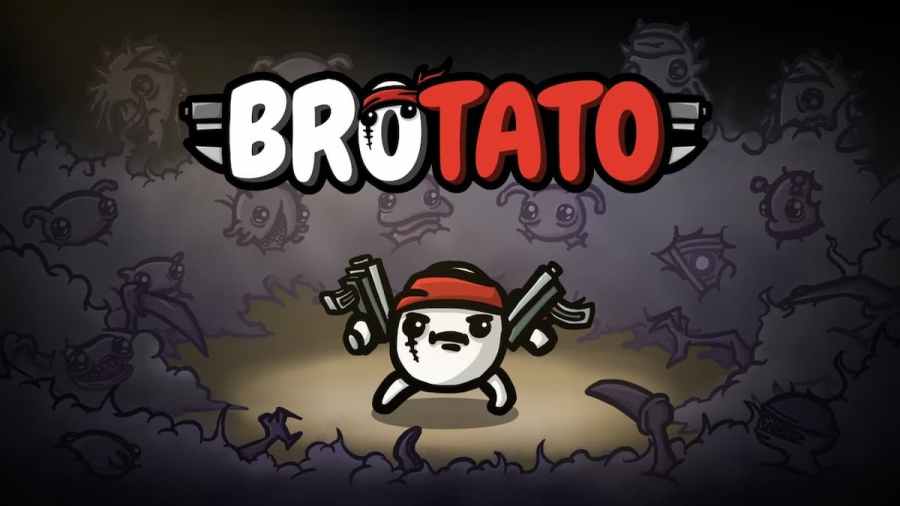 Contrary to its light-hearted name, Brotato is a game with a steep learning curve. Facing waves of enemies with an ever-increasing difficulty requires foresight when planning your builds as you progress further, as well as skill and even some luck due to the game's roguelike element. Setting the danger level up makes all this progressively more difficult and gives you even less leeway to freely experiment with builds. Here are the seven best builds that will help you reach the final wave in Brotato.

Brotato's top builds, and how they should be played

Ranger would be a top pick for this build because of the Ranged Damage modifications that are increased by 50%. Pistols provide good attack speed as well as power and can go through enemies as well. In this build, you can fully upgrade Pistols while investing in the Ranged Damage stat, but if you feel like you're losing too much health, feel free to invest a bit into HP as well. You could switch to different guns later, such as an SMG or minigun. Latter works quite well with Lifesteal stat build.

As the build name suggests, Mutant with maxed-out Luck is the way to go on this one. His +200% XP Gain will be more than useful to compensate for his +50% Items price nerf. Both Items and Weapons will be more expensive but remember, this is a stat-based build. Maxing out Luck comes into play here to make those stat upgrades as good as possible. The idea is to get as many Rare and Epic stat upgrades as you can find to make a good, well-rounded character that can withstand everything. Ranged focused build is recommended here, especially an SMG, whose damage scales wonderfully. Try to grab as much money as possible, you will need it.

Loud is a quirky one, with his +30% Damage bonus and +50% of Enemies spawning as well. He will be our pick for this build because Ethereal weapons scale with skills. The main focus should be getting as many kills as possible, especially early on, to get the build going. Get as many Ethereal weapons as possible early on, but go a bit easier on rerolls. If you have too many weapons, feel free to combine Scepters and Flints to get more damage out of them.

Brawler is the way to go in this one, due to his +50% Attack Speed with Unarmed weapons. Characters with faster attack speed are generally somewhat better overall. The way to build this is to get six Fists as soon as possible, which should be easy because they're one of the cheapest weapons in the game. For Skills, you want to go for Luck as much as possible to optimize the enemy killing chance and boost your economy in general. If you stumble upon an Explosive upgrade, feel free to pick it up, it will complement the build nicely.

It's a Primitive combination that gets exponentially more powerful the more Sticks you have. Because of that, Multitasker is an awesome pick for this class since he can take double the amount of weapons, and with 12 Sticks on you, you will dish out massive damage.

Masochist is a great choice here because he can use the added defense to take more damage. Go straight for six rocks to get those Blunt and Primitive bonuses for additional Armor and HP respectively. Later in the more advanced waves, it is recommendable to move on to more powerful Primitives like Slingshot and Stick. You will sacrifice the Blunt effect, but it will be worth it in the long run.

Quite possibly the strongest build in Brotato. Take Crazy character for this build, because you get extra base attack speed with it. This build is conceived on the idea that you get extra material whenever you kill an enemy with a critical hit. For that, you will run with six knives because they scale your crit chance. Hard reroll for knives and hunting trophies at first. Hunting trophies give you +1 material when killing an enemy with a critical hit, which fits into the build nicely. The earlier you can get these items to stack up, the sooner the build will get off the ground. You will not one-shot enemies in the beginning, but that's ok—you want that because it gives you more chances to crit.

Brotato offers the player a wide variety of build combinations, but since it is a roguelike, certain builds may not be fully achievable despite the player's best efforts. Because of that, this guide should be taken as more of a general suggestion and not be followed to the letter. Some leeway is allowed in the game for that very reason.

For more Brotato, check out How to play Brotato unblocked on Pro Game Guides.