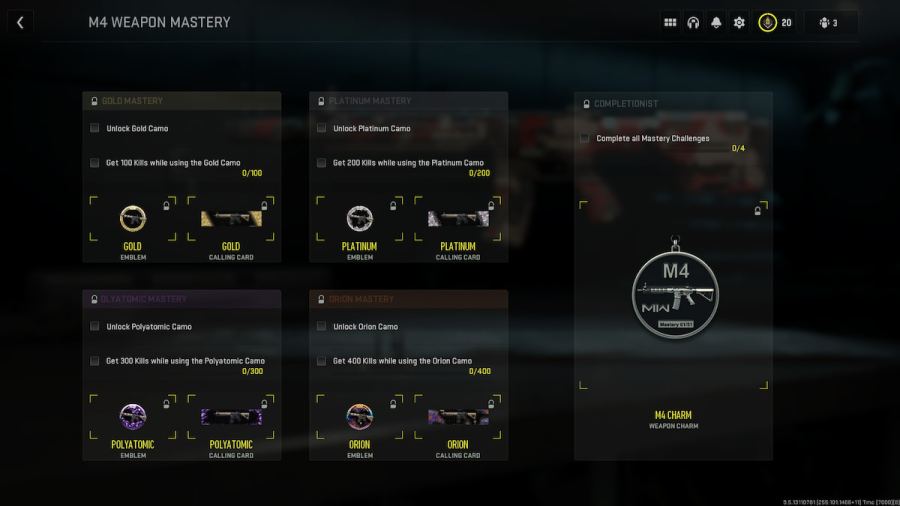 The Polyatomic Camo in Call of Duty Modern Warfare 2 requires players to grind every weapon in the game to unlock. The Camo itself is a shining purple which is a dark contrast to the Diamond Camo of other games. Getting the Camo will get players one step closer to getting the Orion Camo as well. This is everything players need to know to unlock the Polyatomic Camo in MW2.

How to unlock the Polyatomic Camo in Modern Warfare 2

The other Weapon Mastery Camos do not have to be unlocked. The player only need to unlock the Gold Camo. A specific weapon challenge is required to unlock the Gold, Platinum, and Polyatomic Camos for each weapon. It can take time to do as it requires getting knife kills from behind, getting double kills, or getting several kills without dying.

To speed up the process of getting these camos, check out Best MW2 MX9 Loadout – Attachments & Class on Pro Game Guides.

CoD MW2 Polyatomic Camo – How To Get