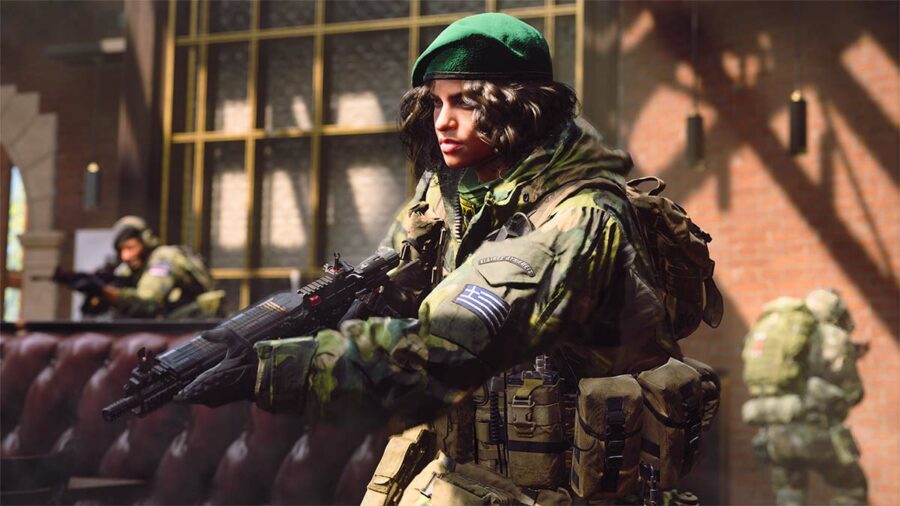 The FSS Hurricane Submachine Gun in Call of Duty: Modern Warfare 2 falls under the M4 Platform, or weapon family. Players can use this SMG alongside the Fennec and Lachmann Sub MP5 during the Beta. If you don't want to go the tedious route of unlocking the MP5, the FSS Hurricane is a great alternative to use in Modern Warfare 2.

Follow the steps shown below to unlock the FSS Hurricane SMG in Modern Warfare 2 Beta:

This is our FSS Hurricane loadout recommendation using the limited set of attachments available during the Beta. The stock and rear grip attachments used here improve the weapon's viability in close range gunfights by boosting its mobility stats such as movement, sprint-to-fire, and aim-down-sight (ADS) speeds.

The FSS 16" barrel adds damage range and bullet velocity to the SMG, making it suitable for medium range combat as well. Furthermore, it improves the hipfire accuracy of the gun. For an even tighter hipfire spread, we use the Pineapple foregrip and 4mW Laser on our FSS Hurricane build.

Modern Warfare 2 – How to get FSS Hurricane & best build