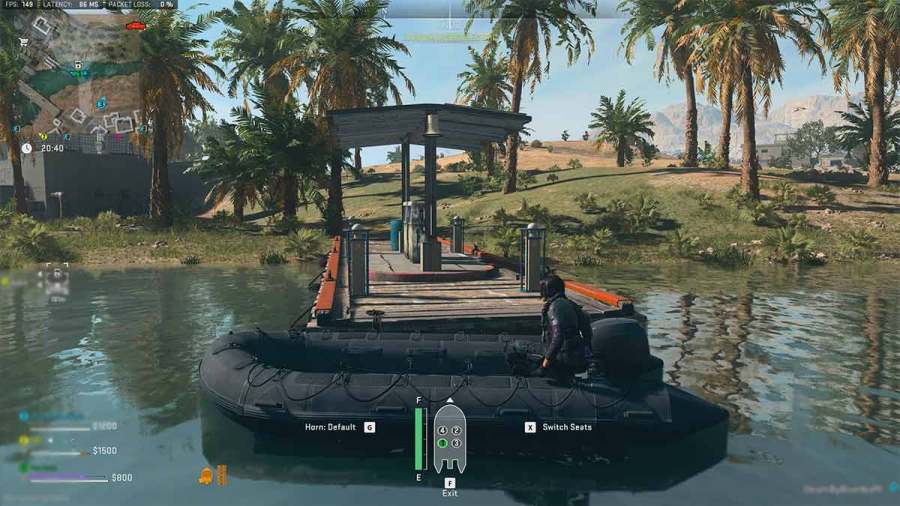 Nail In The Coffin is the final story mission for the Tier 5 Legion Faction in Call of Duty: Warzone 2 DMZ. This challenge tasks players to visit a specific point of interest (POI) on the map and detonate four charges. Here's a quick guide on how to complete the Nail In The Coffin mission in DMZ.

Nail In The Coffin DMZ Mission

Where to park vehicles in Zarqwa Hydroelectric

There are four gas stations in the Zarqwa Hydroelectric region, a POI in central Al Mazrah. While two of these gas stations are for land vehicles, the other two are for boats. Hence, you must acquire two cars/ATVs and two boats for this mission. Depending on the vehicle type, park them at their corresponding gas stations and plant charges one after the other.

How to plant charges at the gas station in Zarqwa Hydroelectric

To plant a charge after parking a vehicle, approach the gas pump and press the interact button when you see a prompt as shown in the image above. If the prompt doesn't appear, make sure the vehicle is parked close enough to the pump. Furthermore, you'll have to dock the boat properly and plant the charge before it floats away.

Where to detonate the charges from

Once all four charges are planted at the Zarqwa Hydroelectric gas stations, head towards the radio tower in the northern part of the region. Once you climb to the very top of the tower, a prompt to detonate the charges will appear. Press the interact button, and the mission will be over.

The completion reward for the Nail In The Coffin Legion Tier 5 Faction Mission is the Harbinger weapon blueprint for the FTac Recon Battle Rifle. In addition to the exclusive blueprint, players will also receive a 40000 XP bonus for DMZ, Warzone 2, and MW2.

Stay tuned to Pro Game Guides for more Call of Duty: Modern Warfare 2 and Warzone 2 content. In the meantime, head over to our article on Where to find Canal Apartment 103 in Warzone 2 DMZ.