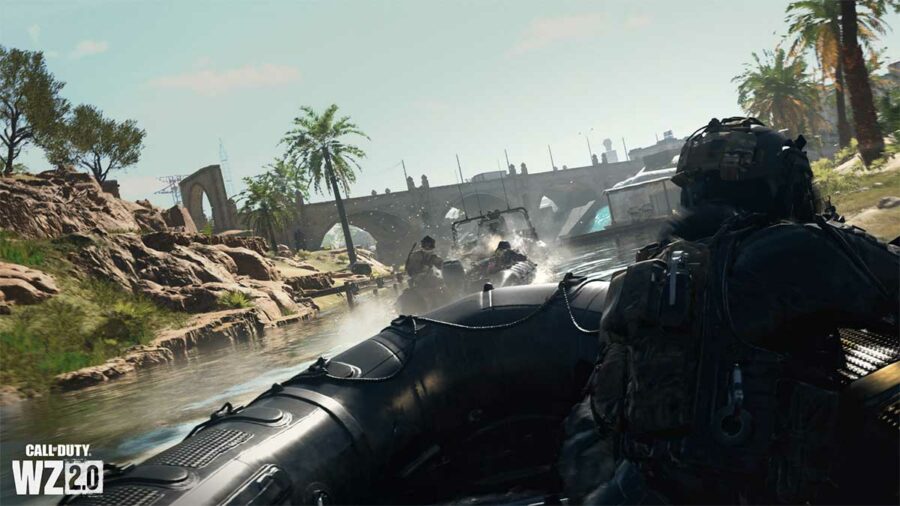 As Call of Duty: Warzone players, we can say that vehicles are one of the most crucial elements of the Battle Royale. To keep things fresh for players, the developers of Warzone 2 have made significant upgrades to the vehicle mechanics. Vehicles in the new game will work on a "new physics and handling model", which will be a lot different than what we're used to in Warzone Pacific.

Call of Duty: Warzone 2 will feature over 12 different vehicles at launch. This time around, you'll also get to see boats alongside aerial and ground vehicles. There will be two different classes of vehicles: heavy vehicles that'll have more armor and light vehicles that'll have more agility. Furthermore, armored vehicles will be less impacted by ballistics and explosives when compared to their lighter counterparts.

Vehicles in the original Warzone have unlimited gas. In Warzone 2, however, you'll need to find fuel supplies if you want to keep your vehicle running. A vehicle can be refueled at Gas Stations present at various locations across the Al-Mazrah map. Alternatively, you can use Gas Canisters loot items.

Engage in fights from within the vehicles

Passenger players will be able to lean out the windows of their vehicle and engage in gunfights. You can also climb onto the roof of the vehicle and shoot enemies while your teammate drives.

For those interested, you can unlock the "Floor It" vehicle skin by playing the Call of Duty: Modern Warfare 2 Open Beta, which starts September 16.

Stay tuned to Pro Game Guides for more Call of Duty content. In the meantime, head over to our article on All 6v6 Modes in Modern Warfare 2 and How will Cross-Progression work between MW 2, Warzone 2, & Warzone Mobile?

What is the new Vehicle System coming to Warzone 2?