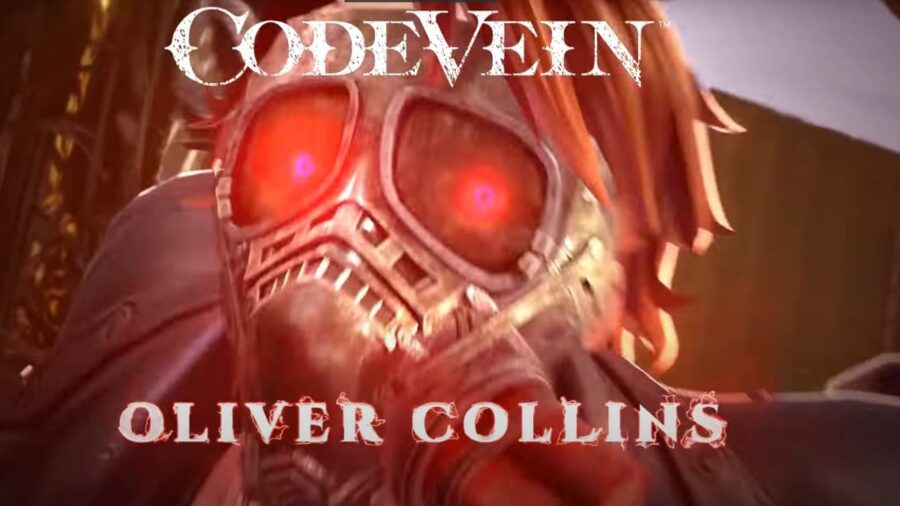 Challenging boss fights await you in Code Vein, and Oliver Collins is the first one that will test your mettle. As you'll soon discover, this boss is not that difficult to defeat if you know his strengths and weaknesses. So let's find out how to defeat Oliver Collins!

How to beat Oliver Collins in Code Vein

Before you jump into the fight, it's always a good idea to familiarise yourself with the boss's powers. That is especially important in Code Vein, where every main boss requires a different battle strategy. Oliver is no different, so be prepared for a fight!

Special attacks of the first boss in Code Vein

Oliver is a melee fighter who wields a huge hammer that deals massive damage. He has several special attacks, such as:

Although Oliver's attacks are strong, his moves are very slow. So when you start a fight, be prepared to dodge a lot. Of course, your strategy will depend mostly on your fighting style and Code Vein hero build.

How to defeat Oliver Collins on the first try

The fight with Oliver consists of two phases. In the first phase of the battle, Oliver's movements are slow and easy to dodge. The best strategy for Oliver Collins is to let him attack first. As his special attacks are very slow, just wait for the end of his attack animation to strike him. Don't try to block his attacks, as they deal heavy damage. Instead, just dodge, dodge, and dodge!

When his health is down to half, the real battle begins. In the second phase of the battle, Oliver turns into a giant Lost monster. As you will quickly find out, this creature is more powerful than the previous human form. It's still very slow, but much more dangerous up close.

Related: How to defeat Butterfly of Delirium in Code Vein

With this new form comes a dangerous area of effect spell, which is the biggest challenge in this stage of the battle. When Oliver's hand turns red, it means that an AoE attack is imminent. In this case, run away from him and wait for the next chance to attack. Fortunately, he needs time to cast it, so you'll always have time to retreat. If you do everything right, his health points will drop with ease. Now that Oliver is no more, you just have to defeat 16 more bosses!