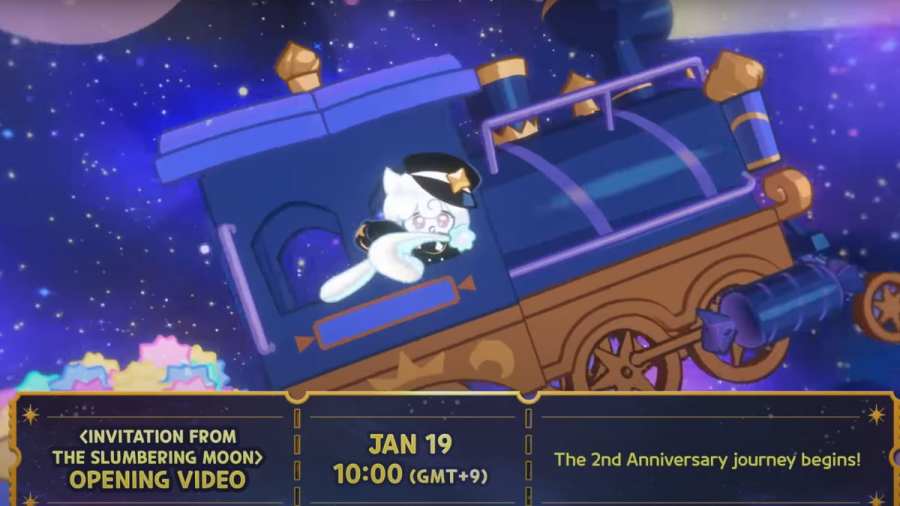 Cookie Run: Kingdom's long-awaited second-anniversary event is just over the horizon, with activities mapped out until February 2023. Amid the excitement, leaks about an alleged new Cookie called Milky Way have surfaced, introducing the community to an adorable character with a supposedly support-oriented kit. Here's everything we know about her prior to release.

Keep in mind that the information below is largely based on leaks. Cookie Run: Kingdom may make changes to Milky Way Cookie and other aspects of the second-anniversary event at any time, and the released content may be different from the leaks below.

CRK Milky Way Cookie – release date, Skill, & how to get

According to Twitter leaker @CRKNews__23, Milky Way Cookie could possibly be an Epic Charge Cookie that prioritizes the Front position in the team. Her design seems based on galaxy-inspired elements, with starry motifs that tie into her conductor persona. Her Skill is allegedly called the Dream Train, featuring the following effects:

While the leaked text state that all allies become resistant to Skill interruptions, some community members have stated that this could be a mistranslation, as the Korean segment states that only Milky Way Cookie receives this resistance. So take this information with a grain of salt.

Milky Way Cookie has been teased in Cookie Run: Kingdom's official second-anniversary video at around the 00:30 mark. She can be seen riding the Dream Express across the galaxy. With that said, she's expected to release on January 19, 2023, when the new update has been confirmed to launch in the game.

No information has been released about how to officially get Milky Way Cookie. However, based on previous Cookie releases, she's likely to be available on rate-up in the gacha as soon as the update drops. It's unclear if players can obtain her for free.