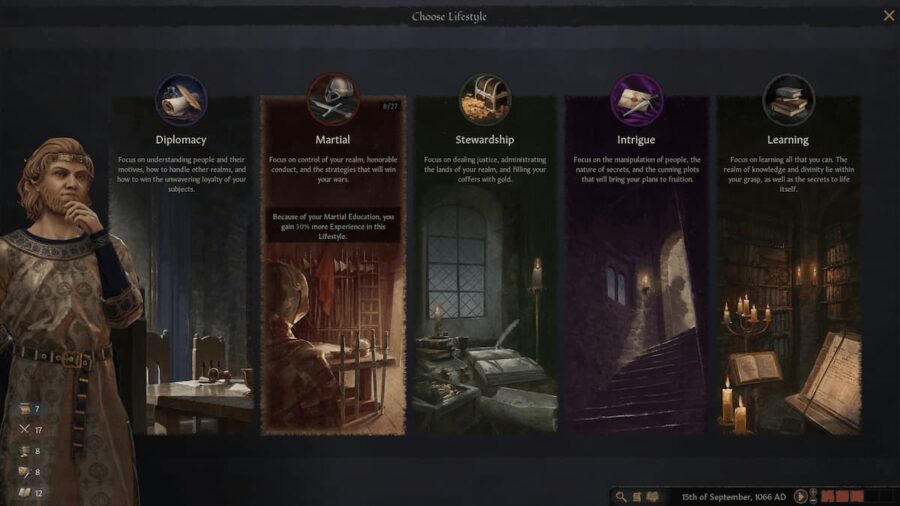 Crusader Kings 3 is a historical grand strategy game that puts you in control of a noble house in the medieval period. Being a historical game trying to represent a particular time period, CK3, like many Paradox Interactive games, has a start and an end date.

In Crusader Kings 3, the end date is Jan. 1, 1453. This is because the end date is linked to the Fall of Constantinople, which took place historically on May. 29, 1453. It’s also widely considered to be one of the definitive ends of the Medieval era and the start of the Renaissance.

Related: What is Cultural Acceptance in Crusader Kings 3: Royal Court and how to increase it

Crusader Kings 3’s main game starts at either 1066 or 867. Again, both of these have historical significance. In 1066, the Viking era largely came to an end with the defeat of Norwegian lord Harald Hardrada at the Battle of Stamford Bridge.

However, for the Northern Lords expansion, focused around the Vikings, the start date is earlier. Instead, you start in 867, which coincides with the semi-legendary Great Heaven Army reportedly led by the five sons of Ragnar Lodbrok. This is sometimes considered the peak of the Viking era.

Overall, the main game of CK3 will take place over 387 years, or 586 years respectively. Either way, you have a near 400 or 600 year period to play your game. That's more than enough time to take your noble house from a tiny group of medieval raiders to the leaders of the pre-Renaissance world.

What year does Crusader Kings 3 end?