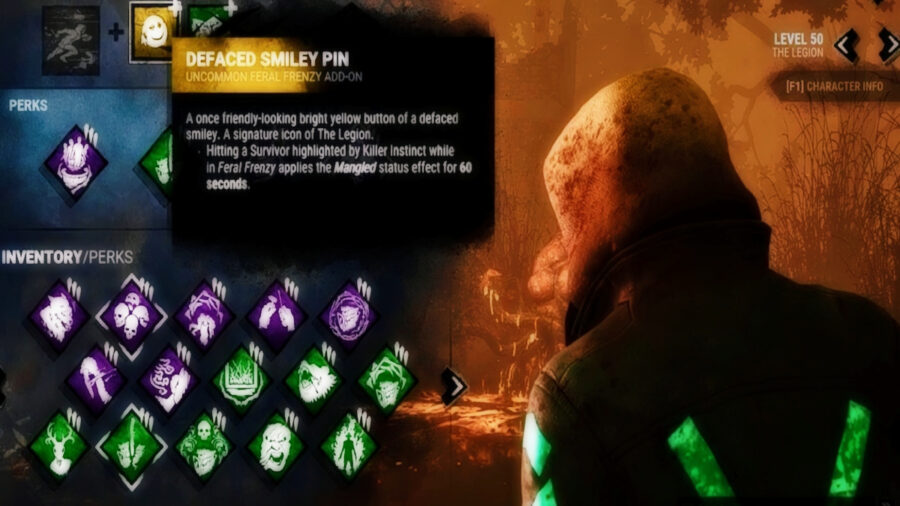 The Legion in Dead by Daylight is not the strongest Killer in the game, but with the right perks, players can create a build that will ultimately result in every Survivors' demise.

The Legion lacks speed when it comes to chasing Survivors but excels in disastrously damaging those nearby. Players can become an unbeatable Killer as Legion and dominate the Survivors with this helpful list on the best Legion Builds in Dead by Daylight.

A basic Legion Build is great for players to explore and understand the Killer's unique perks and playstyle. This meta build is essential in understanding how to progress the Legion from an intermediate Killer to an absolute deadly one.

This concoction of Killer perks builds up the Legion's strengths and overshadows his weaknesses by aiding players in using the best Killer perks in Dead by Daylight to the Legion's advantage. This powerful build excels in map pressure, aura revealing, and hooking potential.

The outcome to this flawless build is an absolute one, for even the strongest Dead by Daylight Survivors, and will result in the Legion's victory every time. This unbeatable Legion Build allows players to swiftly maneuver through each Trial, utterly annihilating the hopes of all Survivors with its killer map pressure and deadly combination of perks. While using this unbeatable Legion Build, Survivors will quickly realize; there will be no chances of escape.

The Legion uses a Feral Frenzy Ability to gain high speed and vault pallets. Players can use add-ons like Stolen Sketchbook and Mural Sketch to increase the duration of this ability. Defaced Smiley Pin and Iridescent Button are also great add-ons that will reveal the auras of Survivors and immediately break any pallets the Legion vaults.

Need a stronger Killer to terrorize the Survivors with? Learn how to master the Nurse's skills with this brief list of the Best Nurse Builds in Dead by Daylight.

All Characters in Roblox Anime Mania