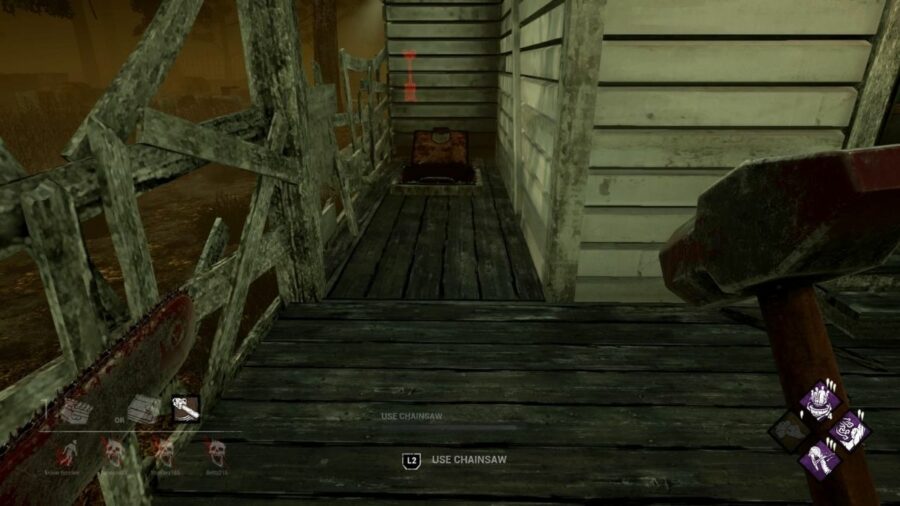 Dead by Daylight is the pulse-increasing game which has two ways of winning if you play as a survivor. The first is through teamwork and fixing five generators on any given map, and the second is to access a hatch when all of the others players have been hooked by the killer. Which way you choose to approach the game is up to you, but today we are here to tell you the locations for all of the hatches so you can plan your escape route if all else should fail.

Where does the Hatch spawn in Dead by Daylight?

Of course Dead by Daylight has more than one map to play on, meaning that there are multiple hatch spawning locations. There are main ports of call on the maps for the hatch to spawn to, but in some cases they will be randomized each time you play, so you may have to go hunting in more than one spot to find your exit!

In terms of randomization, this particular map can be full of it. Your best chance with this one is to check places on the outer perimeter, keeping to the edge of the map. A hatch will often spawn near Generators or Trees which are bundled together. It is a map where you do have to keep a more keen eye out!

In the case of Blood Lodge there will only be one hatch that spawns. Head to the bottom of the map where the Lodge is and make your way down the set of stairs. Easy! If you can make it...

This hatch is another randomized one which likes to spawn near Generators, and once again it is best to go searching on the outskirts of the map.

For this one the hatch spawning is more reliable. Head round to the back of the shop and you will notice a Tree and Two Barrels. It is there that you will be able to find the hatch. Considering this is a stationary spawn point it is best to memorize it just in case you're the last survivor.

Unfortunately this one is another randomized one, and the difference is that it doesn't just stick to the outer rim of the map. It once again likes to spawn near Trees but can also be found inside of Buildings, so you'll have to be very sneaky and pay attention to your surroundings for this one.

In this map the hatch can once again turn up in a Building, mainly on the Second Floor. There isn't a particular pattern to this one as it is extremely random. If it's not inside the building then it has most likely appeared on the outskirts of the map.

Much like the one above, this one is a very randomized and harder to pinpoint. One difference, however, is that it can often spawn more centrally on the map. So if it's time to get down the hatch and you need to be quick, head to the Center to try your luck.

Much like in the Souls series, bonfires seem to be the haven for this map. The spawn locations are still very random, but you will usually be able to find the hatch next to a Bonfire.

On this map there is a Shack, you will want to mark that as a reference point seeing as the hatch is prone to spawning there. If in a particular playthrough it isn't there, then the good ol' Edge of the map and next to Generators approach comes in handy.

Related: How to Loop the Killer in Dead by Daylight

This map has a very noticeable crash site which is caused by a Blimp, this is a great marker for where the hatch usually spawns as it likes to appear North/North East of it. Slightly less randomization for this one!

This one has a more reliable spawn process as it doesn't change. Make your way to the backend of the house and go to the Lower Back Corner of the Porch. Voila!

For this one head to the Half Torn Down Building, you'll be able to find the hatch in there.

The piggies know where the hatch is! Make your way to the room where there are Hanging Dead Pigs (lovely we know). This is a common place for the hatch to spawn, but if it should be the occasion where it doesn't, then you will most likely find it at one of the Exits near a Fence.

This is a map with another really random spawn system. It is also a bit tricky as you have to wade your way through the crops to find the hatch. If in doubt, head through the Field and check the Exits as this is usually where you will find one. But, there may be a little more time spent looking in this playthrough.

This hatch unfortunately has a lower success rate. Most of the time it will spawn at the very Bottom of the Stairs, like all the way down. However, if it isn't there then there's a good chance you will get cornered and caught by the killer.

The Grave of Glenvale Map Hatch

As with the other really randomized spawns, check the Edges and by Generators. Failing that check the Center of the saloon.

You will only find the hatch on the Lowest Level of the complex. Scout around near Generators and at the Edges, but watch out for the killer.

For this one the hatch usually spawns in the Corners of the Corridors, it is another random one though so might take some hunting down. Just avoid being hunted down yourself!

This building will be very noticeable, as it pretty much sticks out of the map, it is also quite audible as it creaks when you walk by it. There is a two-story building next to the coal tower, head there and you will find the hatch around the Wheelhouse.

This building is another noticeably big one that has a lot of exits and entrances. The hatch will usually appear in or just outside the perimeter of the Main Building.

The Ironworks of Misery

This location is one that killers love to corner you in, so be careful when finding the hatch. On the First Floor there will be Two Pipes, in the Middle of these is where the hatch will spawn. If you get lost just remember that it is the mine with the beating heart.

Look for the Massive Tree on the map, like the really massive one! For this one you will need to check the area surrounding the cabin. If by chance it hasn't spawned there then once again head to the Edges of the map, the hatch will usually be right on the outskirts.

On this map there is a ramp, and near it you will see a Big House. Head there and go to the Rear of the house, as the hatch will spawn there.

Related: How to Use Keys in Dead by Daylight

This is definitely a generator oriented spawn point which is randomized. Check near all the Generators, but be careful as the killer will be able to hear these spawn points more easily due to the noise generated by the... generator.

The bad news here is that the spawn points are really random for this map, the worse news is that they can also spawn under bits of Flesh. We know... Make sure to check every piece you come across and hope for the best!

Head to the part of the map where Bamboo Canes grow near the low concrete walls. It's in this area that the hatch will most likely spawn, if in doubt just head back to the Center of the map.

Need more helping sharpening your skills? Check out the best survivors in Dead by Daylight.

How to loop the killer in Dead by Daylight

How to Turn Off Crossplay in Dead by Daylight

How to Use Keys in Dead by Daylight