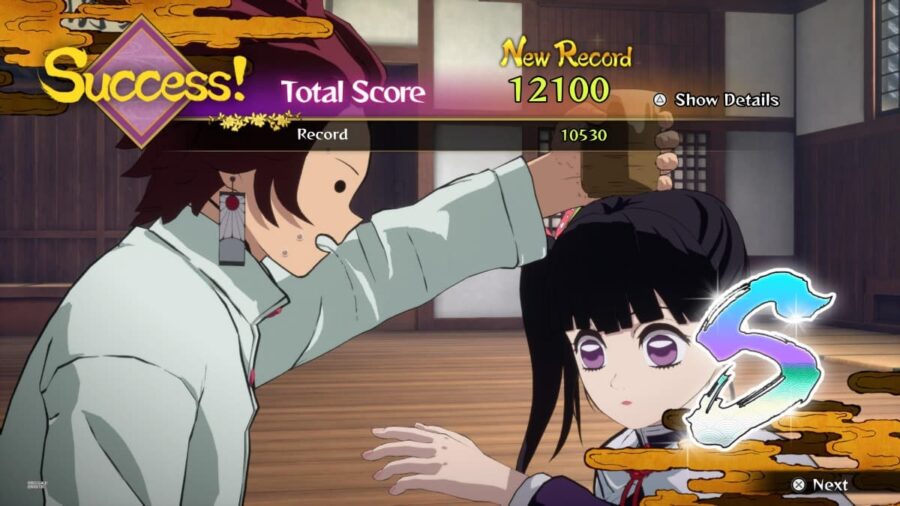 Demon Slayer: Hinokami Chronicles serves as the most recent release from CyberConnect2, the team behind Dragon Ball Z Kakarot, and the Naruto Ultimate Ninja Storm series. There are plenty of activities to keep players busy in this new arena fighter, including mini-games like Tea Splasher.

Like the Gourd Breaker mini-game, Tea Splasher is a rhythm game. Buttons will pepper the screen. Time your inputs with the oncoming prompts. Use the four face buttons on your controller to match up with these prompts. There are four ratings for inputs: Great, Good, Bad, and Miss. Great is worth the most points, while misses give no reward. Creating a combo earns players more points towards their rank, so do your best to get either Good or Great ratings, as they keep the combo chain going.

Related: How much of the Anime does Demon Slayer: Hinokami Chronicles cover?

Shining button prompts are worth more points than regular inputs, so do your best to complete these hits with the highest rating possible, as they’ll drastically increase the overall score rating. Keep playing until the timer runs out, earning as many points as possible.