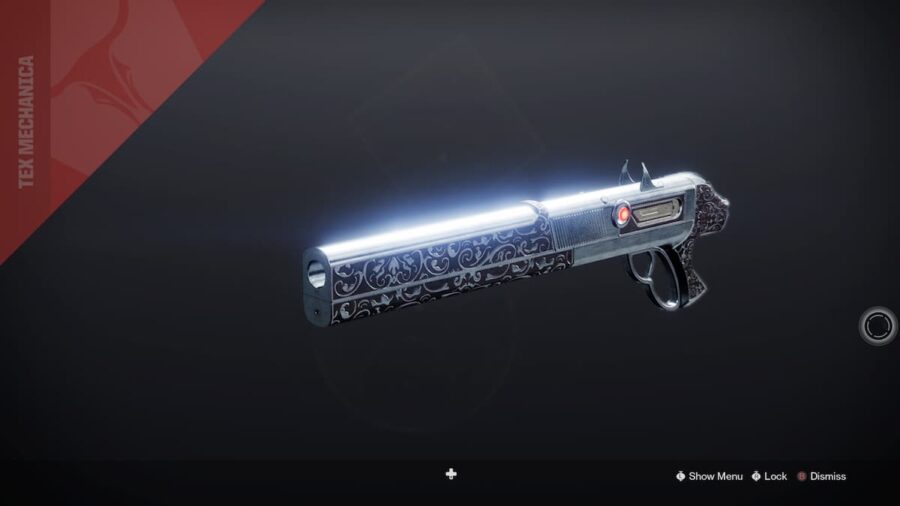 Shotguns are considered the heavy-hitters of Destiny 2's combat system and are always an excellent addition to your Guardian's arsenal. While they're often a topic of hot contention in the community for either being woefully underrated or incredibly over-powered, shotguns are almost essential for both high-level, late-game content and classic or competitive PvP activities. So, for anyone who wants to take their gameplay to the next level, here are the five best shotguns in Destiny 2 and how to get them.

It's a solar, precision-frame shotgun which means it fires a single, slug round rather than a usual pellet spread. This allows for higher damage output against a single target up close. A weapon like this would be useful in PvP situations or against strong bosses.

This shotgun also offers a wide range of weapon perks to increase its effectiveness in different activities. Using this weapon with Quickdraw and Killing Wind for example is a highly effective roll in the Crucible and will make you deadly in any close-range situation.

This shotgun is randomly acquirable in the H.E.L.M. by focusing an Umbral Engram in the Prismatic Recaster located in front of the player when they spawn in.

Riiswalker is a kinetic, lightweight frame shotgun that allows the user to move quicker with this weapon equipped.

This weapon also boasts a wide range of randomly rolled perks. For example, Hip Fire Grip and Iron Reach would allow for increased accuracy and range in The Crucible, while Swashbuckler or Demolitionist would be best for PvE content.

This weapon is randomly acquired through the Crucible event: Iron Banner.

Fractethyst is a precision frame shotgun that gives the weapon a more predictable recoil pattern and is the only shotgun so far that uses stasis as its elemental damage type.

This weapon has quickly become a fan favorite since it offers a wide range of really useful perks. Perks like Quickdraw, Slideshot, or Opening Shot allow you to do the most damage possible in the first moments of a PvP fight.

This weapon is randomly acquired by playing the Astral Alignment activity located in the Dreaming City and opening the extra loot chest at the end of the activity or by acquiring it from an Umbral Engram.

Note: The Astral Alignment activity is only available to current season pass holders.

Easily one of the most powerful, Felwinter's Lie is a solar shotgun that originally appeared in Destiny 1.

This shotgun only comes with a specifically curated roll: Slideshot and Opening Shot. Both of which increase this weapons range and create a more focused pellet spread.

It is acquirable at the tower through the Monument to Lost Lights under the legacy gear tab. You will have to infuse it up to a higher level.

Arguably the single most deadly shotgun in the game, The Chaperone is an exotic, single-slug shotgun that is really only meant for PvP encounters.

Its intrinsic exotic trait is firing a single, precision round that can one-shot anyone with a headshot. It also comes with The Roadborn perk which grants bonus handling and damage after each precision kill.

This weapon is acquirable by completing the "Blast from the Past" Quest from Shaw Han in the Cosmodrome.