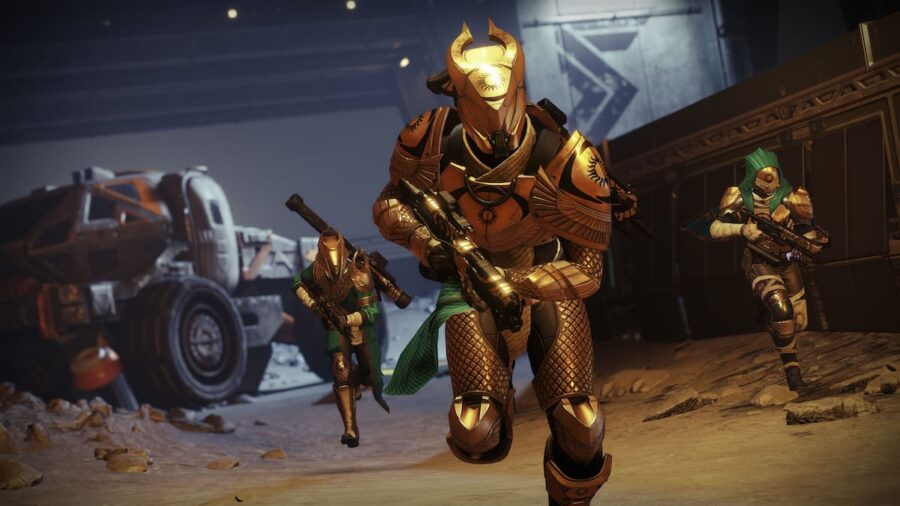 Submachine guns are designed for mid-range play, but can also be manipulated for long-range play if using the right SMG with the proper God Roll. Players might find this weapon class more useful for clearing adds in PvE game modes like Gambit or Vanguard, but that doesn't make SMGs useless in Crucible PvP. These are the best SMGs in Destiny 2.

In PvP, the Escape Velocity allows players to draw their weapon faster while being able to fire at longer distances typical of an SMG. During PvE, Extended Mag and Overflow work simultaneously to increase the Escape Velocity's magazine size, granting players an advantage over large swarms of enemies.

How to Get: Random Drop

Players should look to the Extraordinary Rendition for an SMG that prioritizes stability. Both rolls prioritize for this weapon take advantage of this stat, while ensuring increased damage across multiple kills.

How to Get: Battlegrounds arena playlist

The Friction Fire is a great weapon for earning ability energy back at a faster rate due to the Wellspring perk, which is both useful for PvP and PvE. The PvE roll offers a bit more choice depending on the individual's preferred playstyle: choose Fluted Barrel to prioritize stability and choose Smallbore if you prefer that extra boost in range.

How to Get: Random reward from Wrathborn Hunts or Crow rank-up packages

One of the few exotic SMGs in Destiny 2, the Huckleberry enjoys an increased rate of fire while holding down the trigger while partially reloading the magazine after each kill—and that's all from the Ride the Bull perk. With Fluted Barrel granting additional handling and stability along with Rampage increasing the weapon's damage after earning a kill, the Huckleberry is one of the best SMGs for aggressive, up-close play in both PvE and PvP.

How to Get: Random Exotic World drop

The Ikelos is another SMG with a large pool perk, similar to Extraordinary Rendition. As a result, there is more versatility for each individual's playstyle, particularly in PvE. With all these, options, it is possible to build both a mid/long range Ikelos or a short-range Ikelos for PvP. For this guide, we went with mid-to-long range since the current meta places long-ranged play at an advantage.

Riskrunner is the second exotic SMG on this list. Its exotic perk is Arc Conductor, which activates upon taking damage. For a brief time, the weapon resists incoming Arc Damage while all kills extend the perk's duration. The additional Superconductor perk also have a chance to turn ammo into chain lightning and return any shots fired back to the magazine. Mid-to-short range play provides the best advantage with this SMG.

How to Get: Complete Pain and Gain exotic quest

One of the best PvE SMGs on this list is the Seventh Seraph VY-7 for its ability to create Warmind Cells. This makes it possible to wipe large groups of ads out at once while inflicting massive damage against yellow-bar enemies. Ambition Assassin and Feeding Frenzy increase your magazine capacity and reload speed, but if you excel at precision kills then you might want to switch Feeding Frenzy out with Dragonfly.

Shayura's Wrath is one of the best for long-ranged PvP. Players can get this weapon up to Auto-Rifle range when landing the proper roll. Paired with the long-range advantage are the two reload benefits from Tunnel Vision and Kill Clip. With the PvP roll, you'll track enemies easier and gain additional damage after reloading from a kill.

How to Get: Trials of Osiris rotating reward

Related: Destiny 2: Fatebringer Best God Roll, Stats, and How to Get

It's not nearly the best SMG on this list, but Stochastic Variable still packs a punch. These perks really depend on the player's ability to net rapid kills, as Feeding Frenzy and Multikill Clip increase reload speed and damage after multikills. If that's not your speed during PvP, then Stochastic Variable is a useful PvE weapon for wiping hordes of enemies at a faster rate.

The third exotic SMG on this list, the Tarrabah is a good weapon for typical mid-ranged play. Ravenous Beast is the Tarrabah's exotic perk, which serves as a type of "super" not often granted to weapons. As you give and take damage, the Tarrabah glows along the weapon. Once the weapon fully glows, you hold down reload to unleash massive power. If you're strong at managing this perk's resources, you'll have the advantage in mid-to-close ranged PvP and PvE play.

How to Get: Crown of Sorrow Raid

For more Destiny 2 content, check out Destiny 2: Fatebringer Best God Roll, Stats, and How to Get and All Destiny 2 DLCs and Expansions on Pro Game Guides.