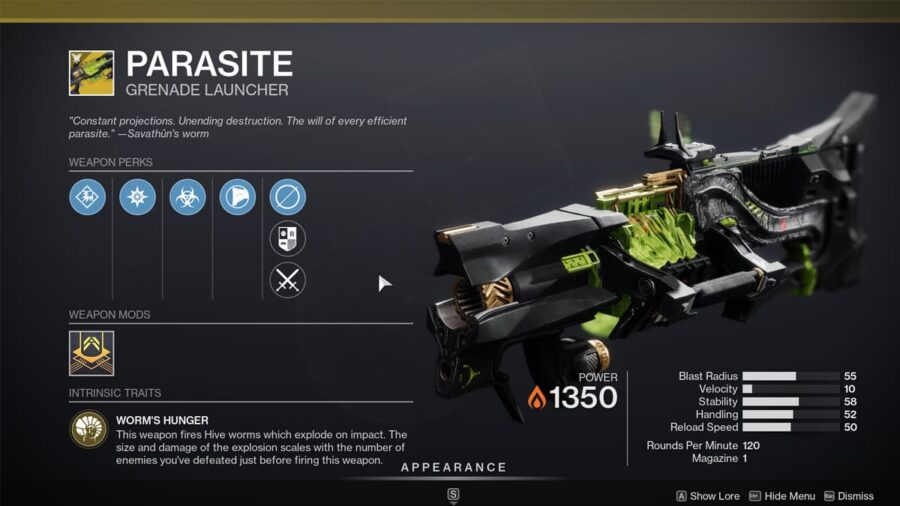 The Parasite grenade launcher is one of two new exotics to come with Destiny 2's The Witch Queen expansion. After completing the main story, players will embark on a 17 part quest that gives plenty more story in addition to the ghoulish weapon. The perks Worm's Hunger and Worm Byproduct are the big draw to this explosive weapon.

Related: All new Destiny 2 Exotics in The Witch Queen & how to get them

The Parasite exotic grenade launcher comes with two unique perks, Worm Byproduct and Worm's Hunger. Worm Byproduct empowers the user's weapons for a short time after taking damage from their own worm projectile damage. Worm's Hunger is the intrinsic trait where the weapon fires Hive worms which explode on impact. The size and damage of the explosion scale with the number of enemies the player had defeated just before firing the weapon.

For more Destiny guides, check out All Seasonal Challenges in Season of the Risen – Destiny 2 right here on Pro Game Guides.

Destiny 2 Parasite worm launcher – Perks & How to get