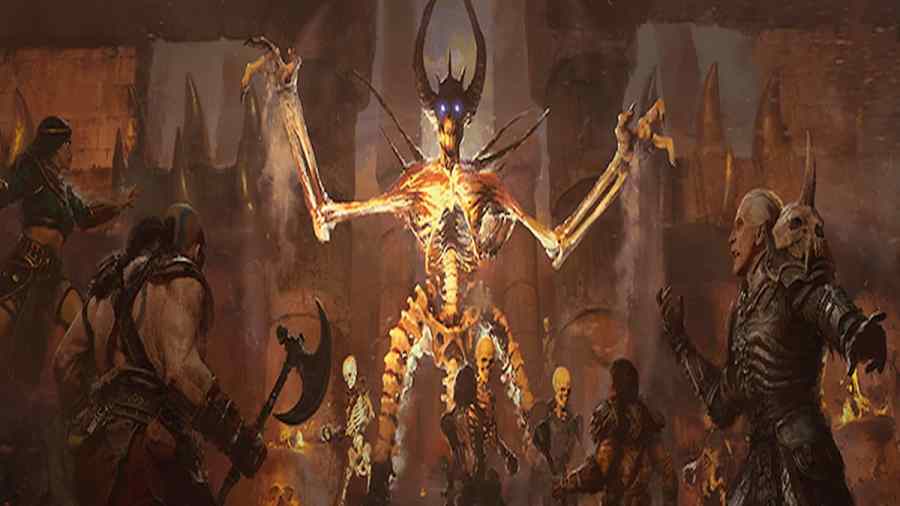 While we thought the days of grinding the ladders in Diablo 2 were long gone, the ladders, lobbies, and runs have changed little in Diablo 2: Resurrected. Players still have four game modes to choose from while playing, so it feels like we're straight back in the early aughts trying to grind our way to the most powerful characters.

There are three difficulties in the normal game mode (no permadeath) and the Hardcore mode (permadeath). The differences for each one are listed below.

Related: How to complete the Search for Cain in Diablo 2: Resurrected

Nightmare mode brings the challenge to the game of Diablo 2. Monsters are stronger and stronger, and attacks can be weaker, but the loot rewards are much more substantial.

Hell mode is the hardest difficulty setting. It greatly increases the randomness of monsters and their strengths. Stronger monsters will show up far more often, and Bosses are way harder to destroy. Buffs and bonuses also take a hit in higher game modes.

Related: What weapons to use for characters in Diablo 2: Resurrected

If your character dies for any reason, be it poor internet connection, losing a PvP battle, or even from hackers somehow manipulating the system: You do not get your character back. That character is permanently dead and lost in the void forever. Additionally, you cannot transfer a Hardcore character to normal and a normal character to Hardcore.

That's all there is to know about all the difficulties in Diablo 2: Resurrected!

Be sure to check out our Diablo 2: Resurrected Homepage to see all the latest news, guides, and content for the remastered version!