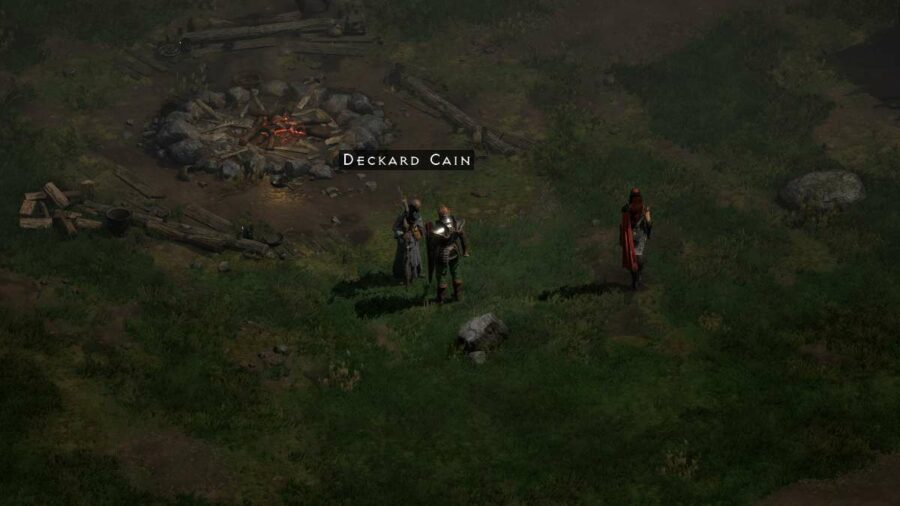 In Diablo 2: Resurrected, there are six quests for each Act of the game. The third quest in Act I is titled The Search for Cain, and it gives the player the task of rescuing Cain from Tristram, a small town overrun by evil minions. This is a relatively straightforward quest, but it can be a challenge to newer players.

How to Complete the Quest

There are several steps to complete this quest. Depending on your skill level, fighting off the enemies might not even be the most difficult part. The majority of players with issues completing the quest actually struggle to understand how to get into Tristram.

Step One: The Scroll of Inifuss

Once you get the scroll, you see that it is indecipherable. You must return to the Rogue Encampment with the Scroll and give it to Akara, who will translate it.

When Akara translates the runes, you can open the scroll and look at the image. The picture will show the Cairn Runes, each of which has its own symbol, with a Roman Numeral next to them. Memorize the order of the symbols based on the corresponding Roman Numeral from lowest to greatest (I = 1, II = 2, III = 3, IV = 4, and V = 5).

Related: What weapons should you use with characters in Diablo 2: Resurrected?

Deckard Cain is in the middle of town, next to the well. There are several monsters in the area, so it is wise clear them out slowly to avoid being overrun. Going straight for Cain is an easy way to get killed in this area. Try kiting enemies and pulling them away from each other to chase you so you can take out a few at a time.

Once you have cleared out enough enemies and the area is relatively safe, approach Deckard Cain. Free him from the cage, and he will quickly head back to town. Once you head back to town and collect your rewards, the quest is complete!

As a special reward for rescuing him, he will offer to Identify all unidentified objects free of charge whenever you return to him at each encampment.

Be sure to check out our Diablo 2 Homepage to see all the latest news, guides, and content for Diablo 2: Resurrected!

How to complete the Search for Cain In Diablo 2 Resurrected