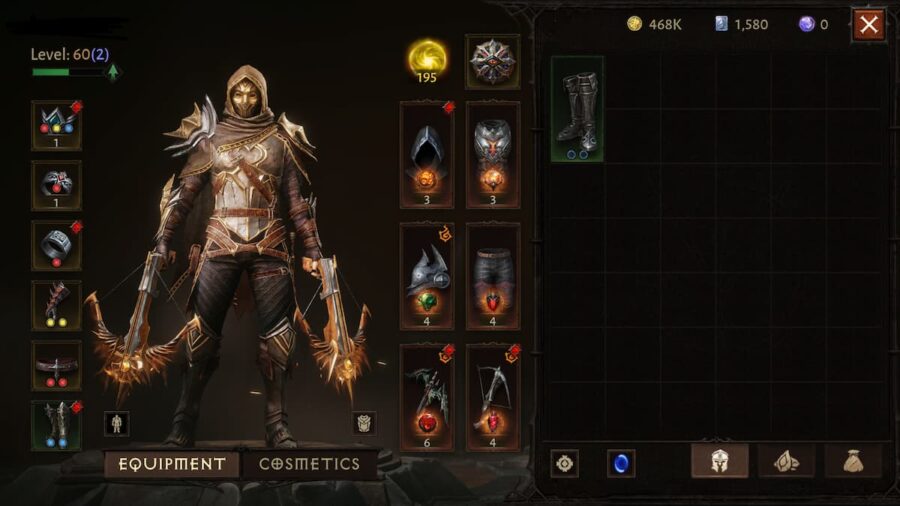 The Demon Hunter is a physical, ranged class in Diablo Immortal. This class is focused on ranged combat, always moving while using Area of Effect skills to melt packs of enemies all at once. If you're wondering how to level up your Demon Hunter from 1 to 60, here is all the information you need.

As a Demon Hunter, your initial starting skills are much stronger than some of the other class options. Crossbow Shot, your primary attack, will be a stable of all Demon Hunter builds, along with Multishot and Rain of Vengeance. These three skills are unlocked during the tutorial and will be used in the endgame. Your initial leveling build will be:

This build will give you high AOE burst damage from Multishot and Rain of Vengeance. Once unlocked, Daring Swing is a great movement skill to avoid getting stuck in the middle of packs of enemies. Sentry will allow you to summon turrets, which will tank some of the enemies for you, allowing you to keep moving and stay alive in tough fights. You can place both Sentry turrets down at once.

While fighting trash enemies, the order that you use these skills in is not important. But in Boss fights and large groups of enemies, such as Dungeons or Elder Rifts, you should combo your Sentry with Rain of Vengeance and Multishot to maximize your damage output and use Daring Swing as your movement skill when needed.

At level 60, you will start doing endgame Dungeons, Raids, and Elder Rifts. Depending on the content you may want to switch up your build or play style. However, this build will perform well in any scenario:

Vengeance is a buff skill that unlocks at level 50. It will transform your primary attack to launch two additional shots for additional damage for six seconds. This skill, when combined with Rain of Vengeance, can do high amounts of burst damage.

Legendary give you incredible bonuses that can increase your damage output, survivability, or other unique effects. Almost all 5-star gems will outweigh the value of lower-star gems. However, they are extremely rare drops and cannot be crafted. The Legendary Gems you should aim for are:

Related: How to farm for Legendary Items in Diablo Immortal

Not all gear is created equal, even if the armor piece says it's an upgrade for you, you need to pay attention to the attributes on the piece. As a Demon Hunter, you should prioritize:

There are many pieces of Legendary gear to find out in the world. Your main objective should be finding pieces that add additional effects to the skills that you're using. For this endgame build, the best Legendary Gear to look out for are:

The Hungerer can be obtained at level 10 in the free Battle Pass as a reward. This can be completed around levels 20 to 25. Spending some time to grind through the Battle Pass here will help you speed through the content once you've unlocked this weapon. Also, spending some time grinding here will mean you won't need to grind later when you reach the level requirements to progress the main story.

At level 60, you will unlock the endgame leveling system, Paragon Levels. Each Paragon level can be spent on the different buff for your character. It is highly advisable to spend most of your Paragon Points in the Vanquisher line, as this will increase your damage output significantly.