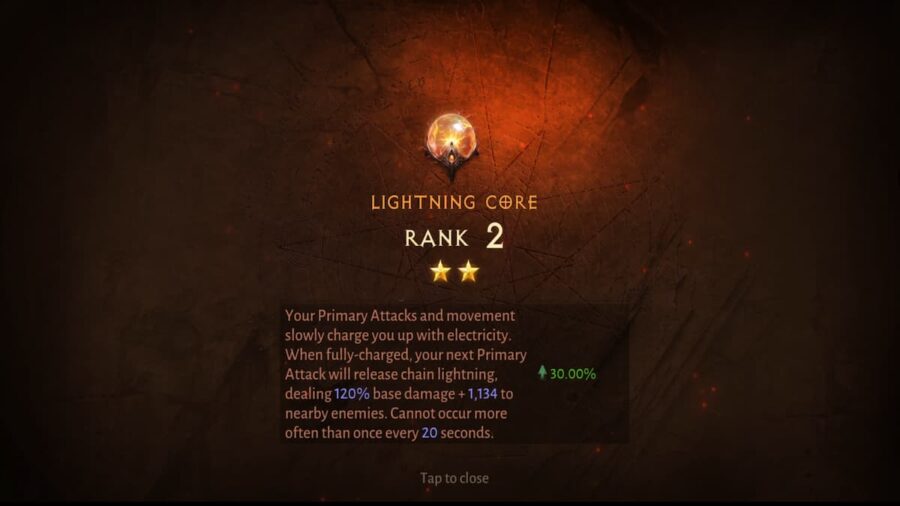 As you take on the hordes of Diablo Immortal, you will come across Legendary Gems. Not to be confused with Legendary gear, Legendary Gems are rare drops from Elder Rifts that can significantly enhance your build and damage. That said, t's important you know which Legendary gems are best for your class.

What are Legendary Gems in Diablo Immortal

Why are Legendary Gems better than Normal Gems?

Normal Gems only provide minor bonuses to a single attribute. Normal Gems are expensive to upgrade and only provide minor increases per upgrade. Legendary Gems provide combat rating, resonance, and a unique effect that can significantly improve your build. You can equip up to six at a time into your primary gear: Main Hand, Off-Hand, Helm, Chest, Shoulders, and Pants. Legendary Gems can be increased to Rank 10, providing huge bonuses and allowing you to awaken legendary gear.

How to Obtain Legendary Gems

Best Legendary Gems for Any Class

Several Legendary Gems can be used to great success for any class. These Gems can fit in any build:

The Barbarian is an aggressive melee fighter who dual-wields massive weapons to cut enemies down.

This class has a high health pool that makes it great for tanking.

Related: How to upgrade Legendary Gems in Diablo Immortal

This agile ranged class fills an archer role in Diablo Immortal. Demon Hunters should always be moving while attacking and have massive AOE damage skills.

The Monk is another physical melee class, with more range than a Barbarian.

This class is a mid-range class that focuses on summoning undead minions to do your bidding.

The wizard is a ranged mage class that combines their elemental attacks to apply different status effects to enemies while damaging at range.

What are the best Legendary Gems for each class in Diablo Immortal?