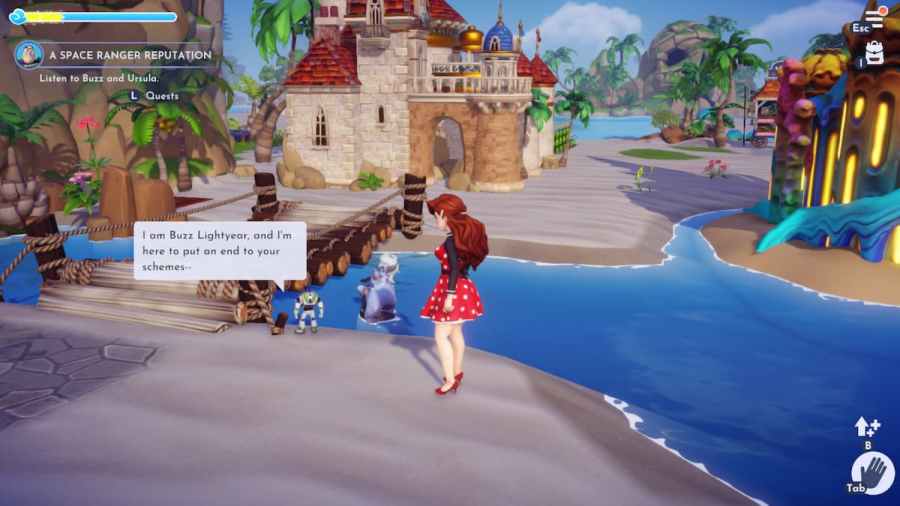 How to complete A Space Ranger Reputation in Disney Dreamlight Valley

When you talk to Buzz, he'll immediately run off to find Ursula and start your first Space Ranger Mission. Follow him to hear it not go so well. She nearly triggers an existential crisis in Buzz. The Dreamlight Valley division of Space Command could use some credibility, so you decide to make some leaflets. You'll need to find three Buzz Lightyear Cards from the Toy Story Realm to make them.

Related: How to cook Margherita Pizza in Disney Dreamlight Valley

The Playing Cards are all hidden inside books around the room. You'll need to interact with the books in the following locations to find them:

Bring the cards back to Buzz, who will provide you with an Adhesive Bonding Agent and instructions to borrow some paper from your friends Merlin, Mickey, and Donald. For whatever reason, rather than ask your friends politely, you should instead search their homes for the pages you need:

Once you've found the paper, craft three Buzz Lightyear Leaflets from the Functional Items tab of your Crafting Menu. Turn them into Buzz, who wants to march back to Ursula with them. You intervene, however, and suggest taking them yourself. You'll also want to take a leaflet to Donald and Maui to help spread the word around town. Take the leaflets to the three characters, then return to Buzz to finish this quest.