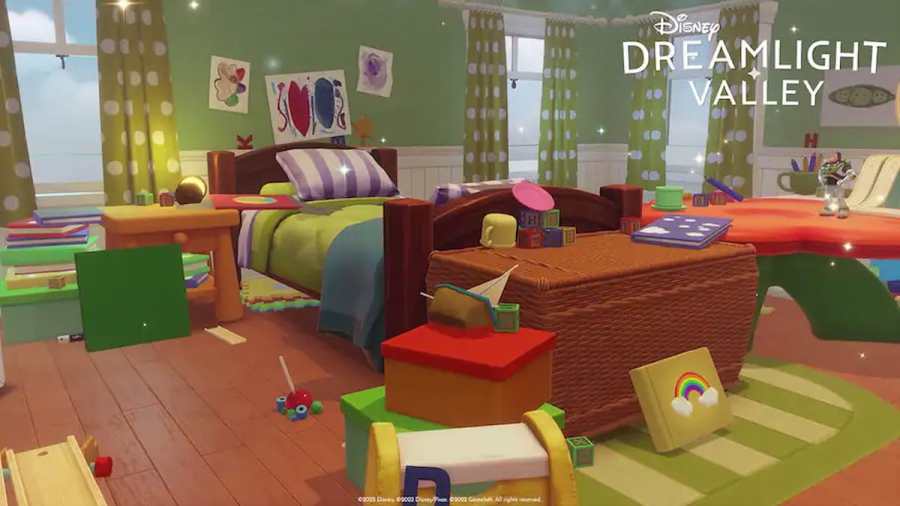 Disney Dreamlight Valley is an adventurous life-simulation game available on PC and Nintendo Switch and free to play with PC and Xbox Game Pass. Toy Story was already announced to be coming to the game along with their first Lion King update, but now they have officially set a release date to December 6, 2022!

This second major update will include Toy Story characters, Buzz Lightyear and Woody, and plenty of Toy Story-themed items along with them, such as Jessie's iconic cowgirl outfit and a Buzz Lightyear-inspired space suit, which they revealed on their Twitter as well.

Prepare to shrink down to a toy as you enter the Dreamlight Toy Story castle door and explore Bonnie's giant-sized bedroom. You can meet Woody and Buzz as you attempt to welcome them back to Dreamlight Valley and help them settle into the large new environment.

With new characters, we can expect many more quests to complete, Friendship tree rewards, and even house decorations. Since the previous Star Path, released with their Lion King update, is already finished, we can also expect a fresh Star Path to begin with this update, possibly including even more Toy Story content.

Related: What is a ‘Star Path’ in Disney Dreamlight Valley?

The Disney Dreamlight Valley team added exciting news to roll out with this update. The game will finally launch for Mac devices in the Mac Apple Store on December 6! It will include all the Founder's Pack goodies and the first-week bonus items. The game will be more easily accessible to all players, so we can share the Disney magic together.