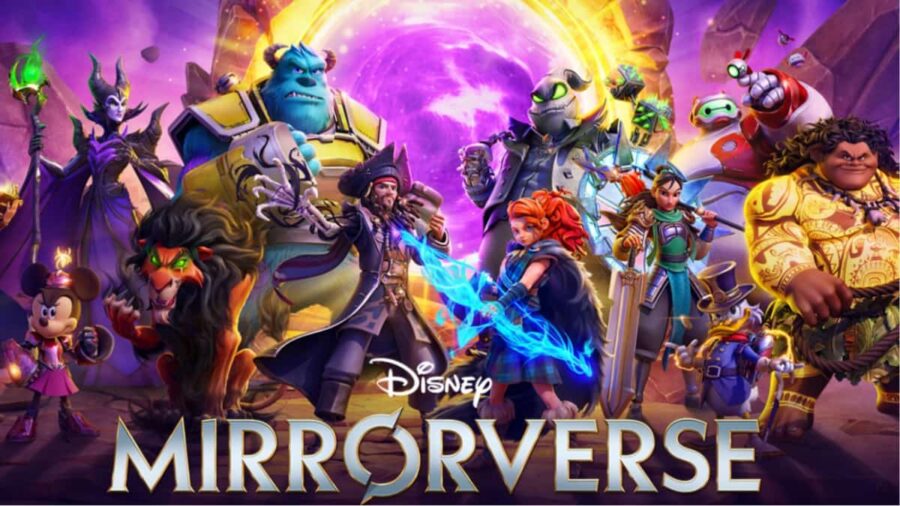 If you like Disney and Pixar movies, you'll enjoy playing the Disney Mirrorverse game! Prepare for a lot of action, some dungeon crawling, and a lot of popular movie characters fighting against evil. Here every famous character is on the same team!

Naturally, it's one of the main draws to this game, as you can create teams of good guys and villains fighting alongside. Who says no to Ariel, Ursula, and Maleficent teaming up? There's a lot to unpack here, but don't worry, we got everything you need in our Disney Mirrorverse guide for beginners!

What is Disney Mirrorverse

Disney Mirrorverse is an action role-playing free-to-play mobile game set in the Disney/Pixar universe. This game is also a gacha game, as your goal is to collect Guardians, famous characters from Disney-owned properties. You'll use them to defeat enemies in a series of daily missions, dungeon quests, and through story mode.

There are over 40 characters in the game, divided by classes, but expect more in the future. So, bookmark this page, and we'll update it as new Guardians emerge. Here's a list of all characters in Disney Mirrorverse, at least for now:

Every character has special abilities that are great in specific situations. A synergy between team members is essential as you can only take three Guardians into battle. The best teams in Disney Mirrorverse have characters that complement each other's strengths and minimize weaknesses. Always combine classes so you have a good balance between offense and defense:

Why not make some fantasy good guy teams when you have so many well-known Disney and Pixar characters?

Villains are always the most fun characters to play with, especially in Disney Mirrorverse. Try out some great bad guy teams to show everyone who's the boss.

Related: How to get Characters in Disney Mirrorverse

All currencies and resources in Disney Mirrorverse

How to farm for resources in Disney Mirrorverse

As this is a Disney Mirrorverse guide for beginners, we'll cover the best ways to farm for resources, currencies, and materials. There are many options for obtaining resources for free, but you need to be active and play the game every day. If you don't have that much time to play, you can buy everything in the game store.

Are there codes for Disney Mirrorverse?

Currently, there are no Disney Mirrorverse codes, but be sure to visit this page often for updates. You can also check the official Disney Mirrorverse Twitter and Facebook pages for more information. As codes are part of many mobile free-to-play gacha games, some freebies are always possible.