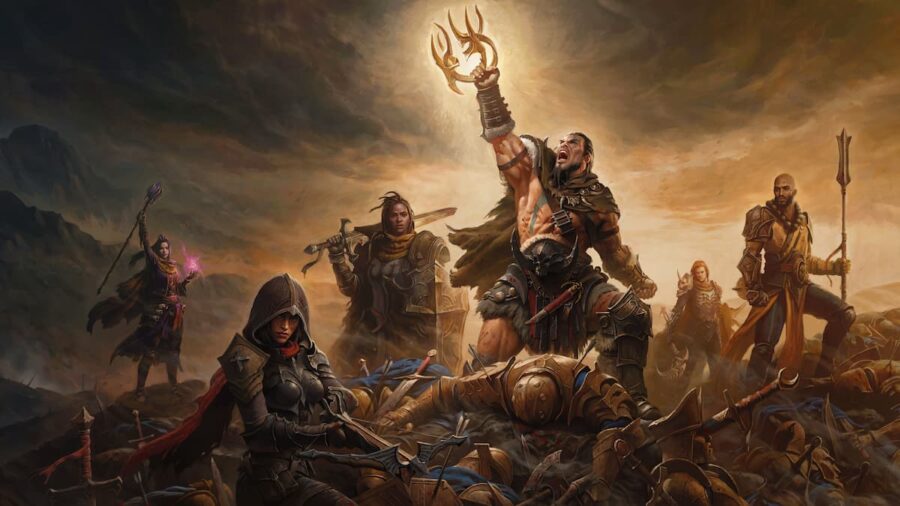 Diablo Immortal has six class options at launch for players to try out. With six classes to choose from, some players may have a difficult time finding the class that works best for them. None of the classes in Diablo Immortal are bad or useless, and each has its own perks and benefits. All six classes are ranked below in a tier list, but figuring out which class is truly best comes down to the player and their playstyle.

A Crusader is a great choice for both new and returning players. Crusaders have a lot of options when it comes to playstyle. They are essentially a jack of all trades. Players in this class can deal heavy damage with great AoE and crowd control. They can also carry their own weight when it comes to tanking and buffing teammates and allies on the field.

Related: Which class has the best DPS in Diablo Immortal?

Necromancers hold the power of death in their hands. This class is a great option for players who enjoy the perks of magic-based combat. Necromancers utilize summons, pets, and AoE attacks in combat to fend off foes consistently throughout the game.

Barbarians are brutal melee fighters that can deal huge damage to enemies. Barbarians can get themselves, and teammates, out of some tight situations. But they rely heavily on up-close and personal fighting, which may not be ideal for some players.

Wizards are the classic magic users in Diablo Immortal. This class has the most options and applications in larger crowds and has great movement and speed. Skills and Abilities can have long cooldowns, however, that require players to pay too much attention to placement on the field.

Monks may be the lowest on this list, but the class is far from bad. Monks have many uses and really shine in PvP/PvE group gameplay. They're a huge help when playing with others. This class is a great option for players who enjoy occupying a more support-based role.