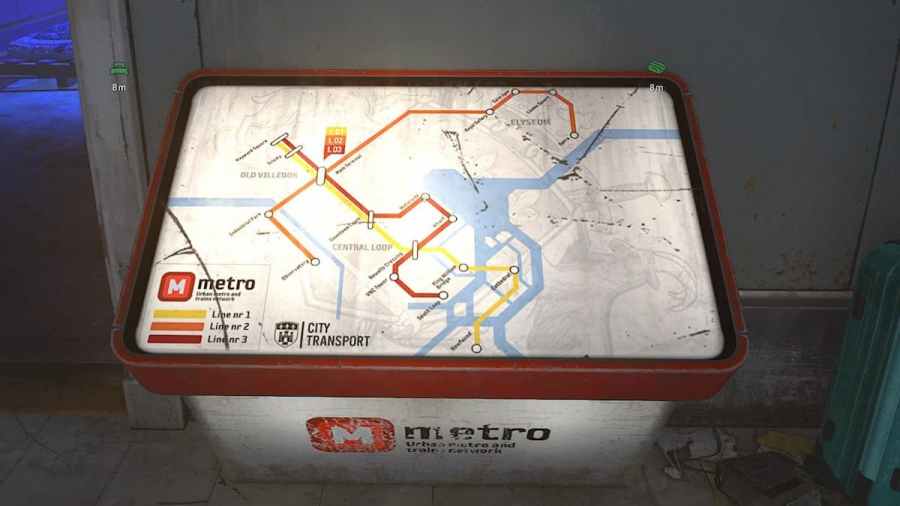 Each Metro Station (with the exception of some that will unlock automatically) will require players to travel inside and turn on the power to the station before it is operational. This is tougher for some stations, but knowing where the Metro Stations are is the first step to unlocking them.

The Holy Trinity Metro Station will unlock automatically as players progress through the story. It will be locked if players encounter it before the scripted moment in the game's story, so no need to try to investigate this one too early.

The Main Terminal Station is the headquarters for the Peacekeepers and will unlock via story progression. There is a windmill just to the southeast of this Station that's aiming toward the Central Loop.

The Downtown Court Metro Station is where players will arrive when they first get to the Central Loop. It unlocks during the mission attached to it.

The Waterside Metro Station can be entirely avoided unless players are going for the Achievement/Trophy attached to unlocking all Metros.

Related: What is the Church of Saint Thomas safe code in Dying Light 2?

Newalls Crossing Metro Station is easy to get to and not hard to unlock. It's found at the base of the Fish Eye, which players will have to visit during the game's story missions.

The VNC Tower Metro Station is a useful one to unlock early in the game, as players will frequent the Garrison District throughout the game's story.

South Loop Metro Station is surrounded by many other points of interest. Near the Station is a safe zone and a radio tower, as well as a GRE Quarantine Building and a GRE Anamoly. There is a lot to do in this area, so this Station is worth grabbing.

Players will travel near the Cathedral Metro Station during the story, so it is worth unlocking it then if it wasn't unlocked prior to the mission. This Station is another that is best tackled at night due to the large amount of infected in the area.

King William Bridge Metro Station is found in the southern area of the Muddy Grounds District and is a decently easy Station to unlock. Players could leave this one aside if needed, as this Station is pretty central to all of the others, making it not quite as useful as some of the far-reaching Stations like Cathedral or VNC Tower.

Where to find all Metro Station locations in Dying Light 2