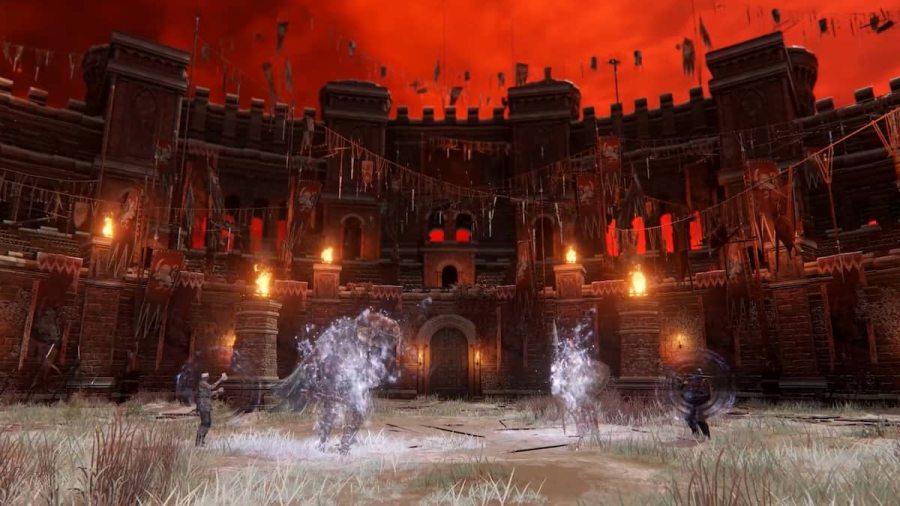 The Blasphemous Brawler is a melee brawler build that uses bestial Incantations and the Blasphemous Blade to deal fire and physical damage. The Taker's Flames Ash Of War deals fire damage in a line in front of you and will win you duels as long as you can land it once. Beast Claw speed to cast is a great pairing to a slow Ash of War like Taker's Flame and can catch enemies after rolls or attacks. Flame, Grant Me Strength will further increase your physical and fire damage, while Bestial Vitality can give some HP regen during Duels where you cannot heal.

The Sorcerer focuses on ranged spell casting and avoiding melee range. This build uses the Jellyfish Shield's Ash of War Contagious Fury, which boosts all damage by 20% for 30 seconds. The Sorcer builds wants to avoid close-ranged combat as much as possible while relying on enemy-seeking spells such as Stars of Ruin and Ancient Death Rancor. If enemies get too close, you can apply pressure with Greatblade Phalanx, Crystal Release, and Carian Slicer.

The Starscourge Build uses the unique, Starscourge Greatsword. This greatsword can be two-handed to wield two with unique light and heavy attack combos. The Claw Talisman and Raptor's Black Feathers will further increase your damage when jump attacking. For large PvP matches, you have the Starcaller Cry to pull enemies towards you in a gravitational wave; this can then be followed up with an additional ground slam attack. Carian Filigreed Crest reduces the cost of the Starcaller Cry skill, while the Shard of Alexander talisman increases its damage.