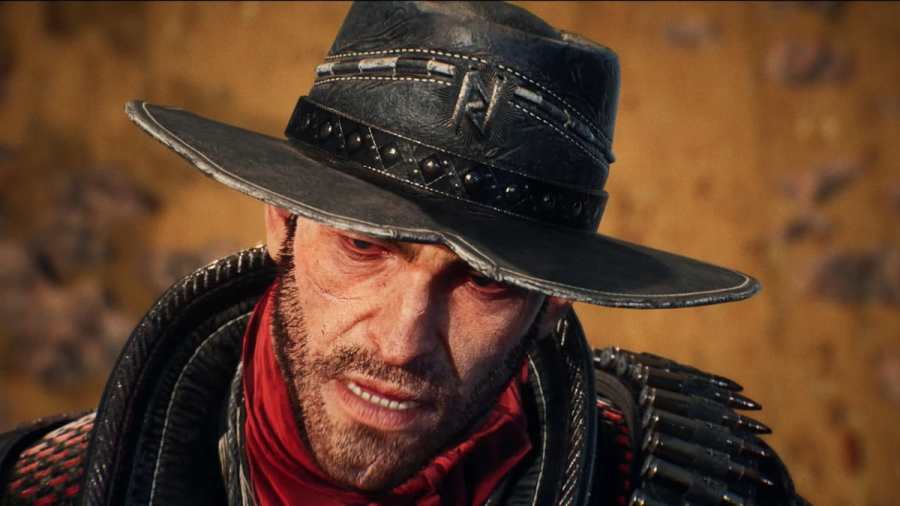 Evil West takes the concept of a Wild West superhero and makes it a reality. Flying Wild Hog conjures up an interesting take on the American Frontier, creating one filled with deadly vampires and gun-toting cowboys wielding lightning gauntlets. The premise sounds silly on paper, but Evil West delivers a thrilling and engaging adventure with some of the best combat around.

Without a doubt, the greatest part of Evil West is its combat. Jesse Rentier is one of the Rentier Institute's best agents, and he certainly feels like it. Armed with various weapons, you can approach combat in multiple ways and seamlessly switch between them. Regardless of what weapon you use, each killing blow feels satisfying, and the executions showcase the brutality of Jesse's arsenal. My personal favorite was the Rentier Gauntlet, a simple but effective weapon that set up different combos and finishers.

The enemy variety in Evil West also enhances the fun of the combat. Several types of weaker enemies and bosses keep the combat feeling fresh with each encounter. As you progress through the game, you unlock perks and upgrades that expand your options. Every fight becomes a puzzle with a distinctive challenge and multiple solutions. This is showcased when a new enemy type appears, or you gain a new weapon, as the tutorial is blended into the arena.

The one part of Evil West's combat that could be improved is the lackluster dodge function. Often I would be locked in a combo or execution but be unable to dodge in time as an enemy strikes me. But this slight criticism is easily overlooked due to how fun Evil West's combat is. Furthermore, the need for dodging almost becomes irrelevant outside boss fights just because of how fluid Jesse feels, especially when using the Electric Dash.

Evil West's story is nothing special to write home about, but it does the trick and sets up the game's premise well enough. Jesse Rentier is an agent of a vampire-hunting society, and most of the game is about defeating these creatures and discovering their intentions. What makes Evil West's story stand out is that we also see the perspective of the vampires. They are a predatory race fighting against extinction as technology develops more and more. So, in a way, you can't help but feel some pity for the supposed antagonist.

While the story is serviceable and moves things along, the dialogue and characterization shine brighter. Each moment with Jesse and Edgar emphasizes their friendship; whether they were bickering between one another or delivering a sarcastic one-liner, I found myself looking forward to cutscenes where the pair were on screen together. For the most part, it was primarily the characters I enjoyed, not the actual story. These stood out more than the predictable, rushed, and mostly forgettable narrative that serves as little more than giving you a reason to punch vampires in the face.

Evil West delivers a Wild West world that feels authentic. I regularly become immersed while exploring abandoned mine shafts, expansive gorges, western towns, and more. But Flying Wild Hog takes this a step further by juxtaposing this gritty, run-down world with advancing technology, almost giving it a steampunk aesthetic. As a result, each environment felt unique and stood out, especially considering the slew of western titles we've seen in 2022, from Weird West to Hard West 2 and now Evil West.

Where the world of Evil West falls short is how linear it feels and a lack of interactivity. Each level is a separate entity where the only real course is to move forward. There are a handful of side paths to explore, but each is nothing more than a short walk to a collectible. I wish I could get lost and immerse myself deeper in Evil West's world. Adding more exploration or allowing you to interact with objects, such as shooting bottles or speaking with the NPCs you find in the civilized parts of the world, would go a long way toward improving the atmosphere. Evil West doesn't need to go fully open world, but its levels could have opened up more.

Evil West just sounds good. From the soundtrack to the environment, every track and sound cue heightens the mood. Whether you are simply walking through one of Evil West's many levels or fighting hordes of undead, the audio drags you into the world and action. It combines western vibes with something of the supernatural to create a unique sound that demands your attention. Headphones are a must only because they allow you to enjoy the full auditory experience.

It's not just the music that works—Flying Wild Hog has nailed the sound design, from the clinking of your bullets as you walk to pumping vampires full of lead. Every impact of the Rentier Gauntlet on undead flesh gives it a meaty and impactful feel. I particularly loved the sounds of electrocuting an enemy and then rapidly pummeling them into a bloody pulp. Jesse even comments throughout the fight, both complaining when getting hit or firing off a witty retort when finishing off an enemy.

Evil West's elements come together to create the perfect western romp. You feel powerful, especially as a human facing off against supernatural monsters. The action starts from the very beginning of Evil West and doesn't let off. What may initially seem like a one-note visceral experience turns out to be an absolutely wild ride. Evil West is a near-perfect execution with only a few shortcomings and has easily become one of my favorite titles in 2022.

We received this code from Focus Entertainment for reviewing purposes.

For more information on Evil West, check out All Evil West pre-order bonuses – Skins, weapons, and more and Is Evil West coming to consoles? on Pro Game Guides.