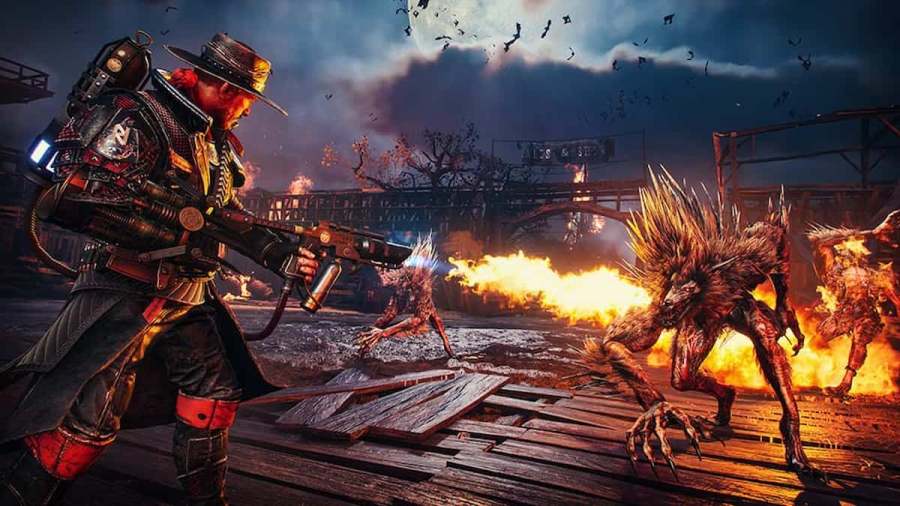 Use Jesse Rentier's Scorcher to fight evil with fire. Burn all the nasty horrid things that go bump in the night with this wicked flamethrower, and send those vampire scum back to Hell.

The Scorcher was put on display on Flying Wild Hog's Twitter, which states, "Killing vampires doesn't always have to be about lacerating or mauling them, sometimes it's good to STRAIGHT UP BURN THEM!" The Scorcher is only one of Jesse's weapons, but it certainly looks to heat things up and slays some evil in style.

While filling your foes with bullets or punching them with an electrified gauntlet is fun, reducing them to ash with gouts of burning flames is definitely an exciting way to take down evil. This weapon is great for taking out large enemies or wiping out hordes of smaller ones. Every weapon has its use, but the Scorcher brings a lot of versatility to the arsenal.

Whether you are facing vampires, werewolves, Leechers, or worse, the Scorcher has your back. All you have to do is aim, pull the trigger, and watch as all evil in your path turns to a cinder.