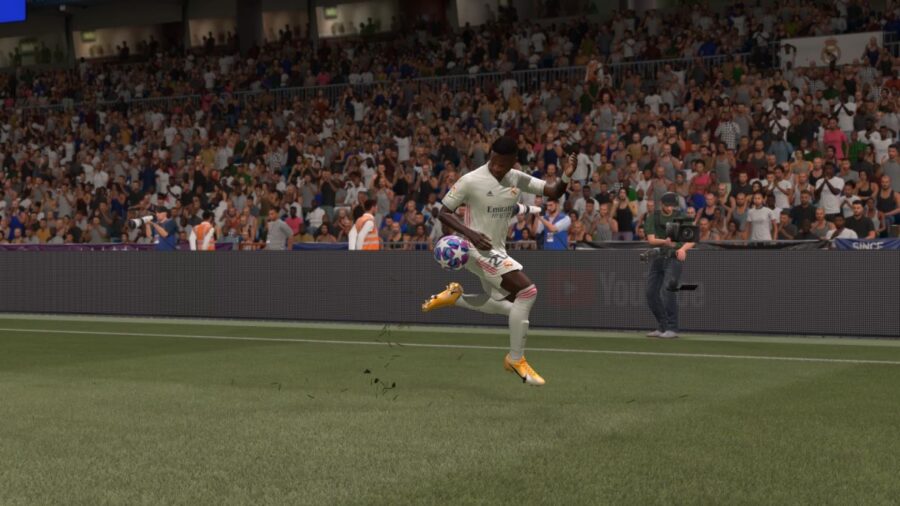 Do you want to feel that you own the pitch in FIFA 21? Every inch of it? Then learning all the skill moves will help you do just that. Wanting to get past those pesky defenders? Use a skill move. Are your midfielders feeling the heat? Use a skill a move! Knowing the right moves, doing them at the right time can make all the difference between winning and losing. If you want to brilliantly score goals in clutch moments, skill moves are for you! Here's our guide on all of the skill moves in FIFA 21.

How to do skill moves?

First off, not all players can pull off a skill move, as some require you to be a certain star rating to use them. Don't go expecting a 3 Star player to pull off a 5 Star move. That just isn't going to happen! You can check what star rating a player has by going into the individual player information. Defenders will also be on the lower star rating, and of course, midfielders to strikers will be on the higher star ratings.

For the sake of this guide, we'll only be incorporating one controller set up, which will be the PlayStation controls. But we will explain what the different buttons are for each controller here:

These are moves anyone on your team can pull off. Anyone at all. Even if Dave from the crowd came out onto the field, they'd be able to do these moves!

It's sporadic to find a player in FIFA that can't pull of 2 Star moves. It's very much in the 1% of all players in the game.

Only up from here! Now we're starting to get into the decent player moves. However, from now on, it's improbable that your defenders will be able to pull off these moves. Certainly not your goalkeeper!

There's a lot of 4 Star moves to learn! But this is where your skill comes into play, and your moves start to look like a majestic dance.

The top tiers of players can only pull these moves off; no one else can achieve these epic moves. Don't worry; there's a lot of them to learn!

Out on the field, 5 Star players can juggle the ball, which means they can do these special moves while in the air!

Will FIFA 22 be on Gamepass at release?