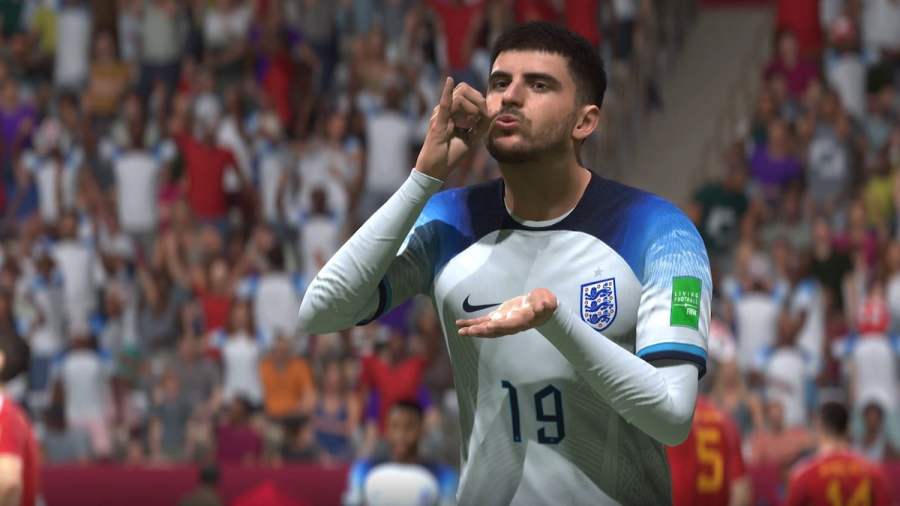 One of the oldest rivalries in football is between Wales and England. Although part of the United Kingdom, they have their national teams because they were the first to play international games among themselves. Having said that, you probably want to know who won the Wales vs. England World Cup match. We had the answer even before the game was played, thanks to FIFA 23 projection!

To predict the winner of the Wales vs. England World Cup game, we've used FIFA 23 game. The game was set to 5 minutes halves, with rosters that had played the previous games. We've selected the Live form button for the latest player stats. This way, everything was set for the most lifelike Wales vs. England game preview. According to our FIFA 23 prediction, England was to defeat Wales 3:1 in a World Cup match on November 29 in Qatar. In real life, England has beaten Wales 3:0. Here's how the game was meant to play out according to FIFA 23.

Related: Who will win the Iran vs. USA World Cup match

The game will kick off between the two rivals in a thrilling opening to this matchup. The Wales squad will take the first attack through the defense of a surprised and strong English Defense and put them on the back foot. A strong tackle outside England's box gives the defender John Stones a red card and sent packing. Gareth Bale will naturally step forward to take the free kick and slots the ball with elegance into the top right-hand corner of the net in the 26th minute (1:0). The England squad regroups and replies instantly with well-worked passes through the mid-field to line the ball up in the path of Mason Mount, who sends it sailing into the net in the 31st minute (1:1).

The second will half start with a bang as the English captain Harry Kane found a gap in the defense and drove the ball home in the 49th minute (1:2). The Wales team kept the pressure up as they pressed the defense of the English. Still, by the 79th minute, a cleverly run counterattack and a stunning strike off Mason Mounts's left foot outside of the box left the will of the Wales team stunned (1:3). An amazing last outing for both these teams for the final match of the group stage.

Click on the video below to watch Wales vs. England World Cup game FIFA 23 simulation.

Here’s who won the Wales vs. England World Cup match, Based on FIFA 23 predictions