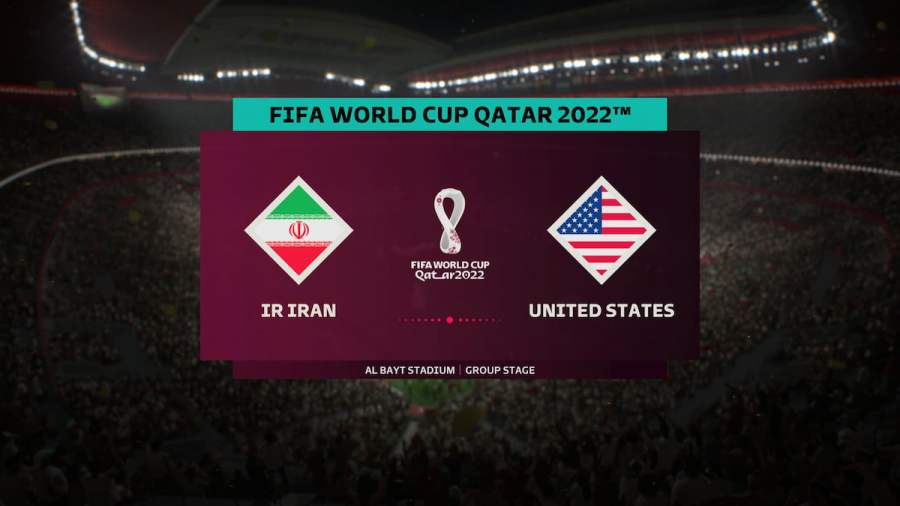 The United States soccer team was playing a crucial World Cup game against Iran. They'll be very close to advancing to the next phase with the win. Every game is essential, as even goal differences can put one team over other in standings. We were able to predict who will win the Iran vs. USA World Cup match, thanks to FIFA 23!

To predict the winner of the Iran vs. USA World Cup game, we used FIFA 23 game. The game was set to 5 minutes halves, with rosters that had played the previous games. We've selected the Live form button for the latest stats of the players. This way, everything was set for the most realistic Iran vs. USA match prediction. According to our FIFA 23 prediction, the USA was to defeat Iran 2:0 in a World Cup match on November 29 in Qatar. We were close, as USA defeated Iran 1:0 in a real game. Here's how the game should have played out according to FIFA 23.

Related: Who will win the Wales vs. England World Cup match

The USA and Iranian national squads will lay it on the line in this matchup as their progression into the final 16 of the tournament comes down to this last game of the group stages. The game's opening blow will come from a team-worked goal that leaves the Iranian defense struggling to check their men. A brilliant half-volley is scored by the American midfielder Brenden Aaronson (0:1).

The USA will put pressure immediately as they capitalize on their gathered momentum. A brilliantly worked ball through the mid-field will see Jesus Ferreira slotting the ball into the bottom left of the net (0:2). As hard as the Iranian squad pushes forward, the well-worked defense of the USA squad has them matched until the final whistle.

Click the video below to watch the Iran vs. USA World Cup game FIFA 23 simulation.

Here’s who won the Iran vs. USA World Cup match, Based on FIFA 23 predictions