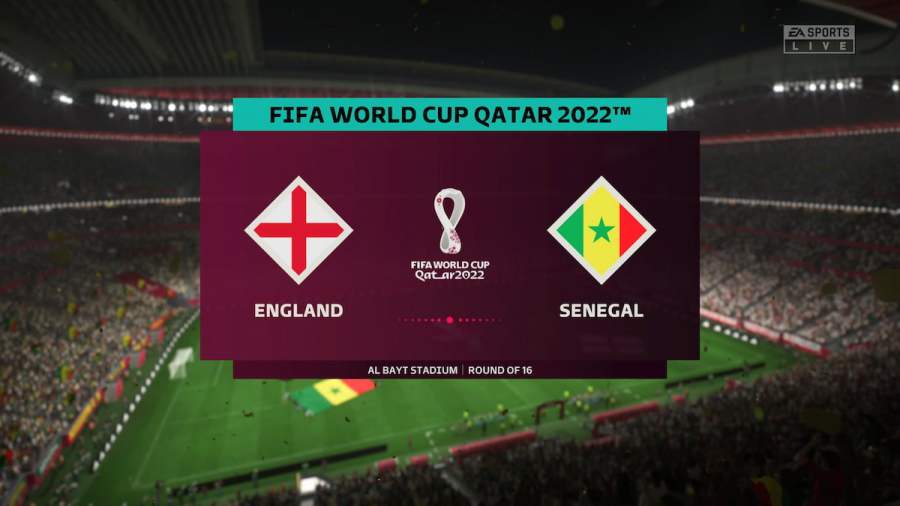 England is trying to prove this is the year they're going to go all the way. To do that, they must first defeat Senegal, which has proved it can play against strong teams. Is it time for the trophy to "come home," or will Senegal achieve fantastic success? Here's who will win the England vs. Senegal World Cup match, based on FIFA 23 predictions.

Who will win the England vs. Senegal World Cup game - FIFA 23 prognosis

To predict the winner of the England vs. Senegal World Cup duel, we're using FIFA 23 game. The match is set to 5 minutes halves, with players that had played the previous games. We've selected the Live form button for the latest stats of the players. This way, everything is set for the most realistic England vs. Senegal match projection. According to our FIFA 23 prognosis, England will beat Senegal 1:0 in a World Cup match on December 4 in Qatar. Here's how the game will play out based on FIFA 23 simulation.

Related: Who will win the USA vs. Netherlands World Cup match

A spot in the Quarter Finals is up for grabs in this match-up between England and Senegalese squads. The match gets underway with a predictable, fast-paced attack from the English. The Senegalese team struggles to hold onto the ball as the England squad keeps finding gaps in their defense.

A perfectly timed one-two pass through the dizzied defense finds the talented star Bukayo Saka tap one passed the keeper (1:0). The rest of the game, we see a passionate effort from the Senegal squad to break England's defense. The final whistle slashes Senegal's hopes to reach the top eight, and the England squad can breathe a sigh of relief as they have survived the onslaught.

Click the video below to watch the England vs. Senegal World Cup game FIFA 23 simulation.

Here’s who will win the England vs. Senegal World Cup match, Based on FIFA 23 predictions