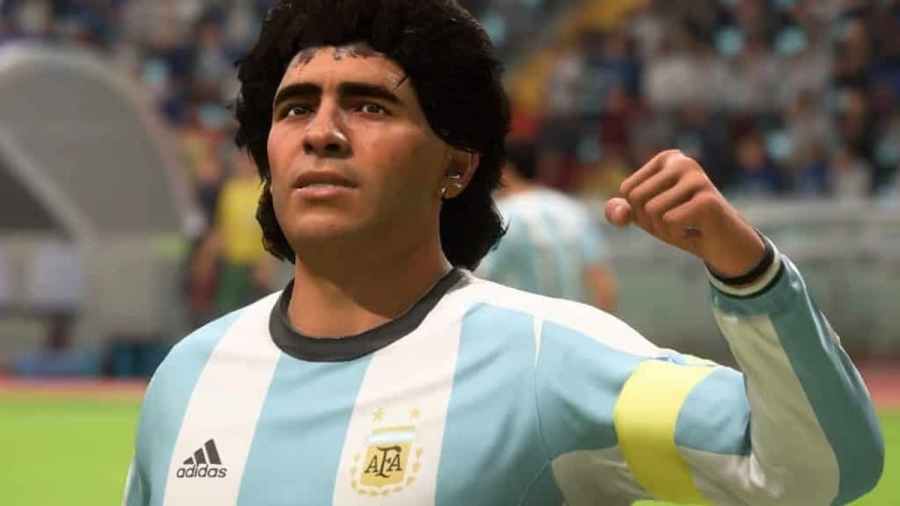 The late Diego Maradona was and will probably be one of the most eminent footballers of all time. The Diego Maradona cards are still available in FIFA 22 at the time of writing this article. However, there is a chance that you won't be able to get him in the game anymore.

Related: How to unlock the Olympus XL TIFO in FIFA

This is because there's an on-going legal dispute between Sattvica, a company owned by Maradona's lawyer Matias Morla and Electronic Arts. As noted by FUT Sheriff on Twitter, the Diego Maradona cards will be suspended from FIFA 22. If this does happen to be the case, there are a few important pointers that arise. First of all, We're not sure when this suspension will come into effect. Nor are we sure if we'll see Diego Maradona in FIFA 23.

Since FIFA is considering a suspension, there could be a possibility of the cards returning to the game at a later date. So if you've hopped onto FIFA 22 when the suspension is in effect, you won't be able to get the Diego Maradona card from anywhere. However, if you already own a Diego Maradona card in the game, it won't be removed from your inventory. But we're not sure if you will be allowed to use it in the game.

Also check out How to access the Phase Runner VIP Area in FIFA FUT on Pro Game Guides.

Is Diego Maradona in FIFA 22?