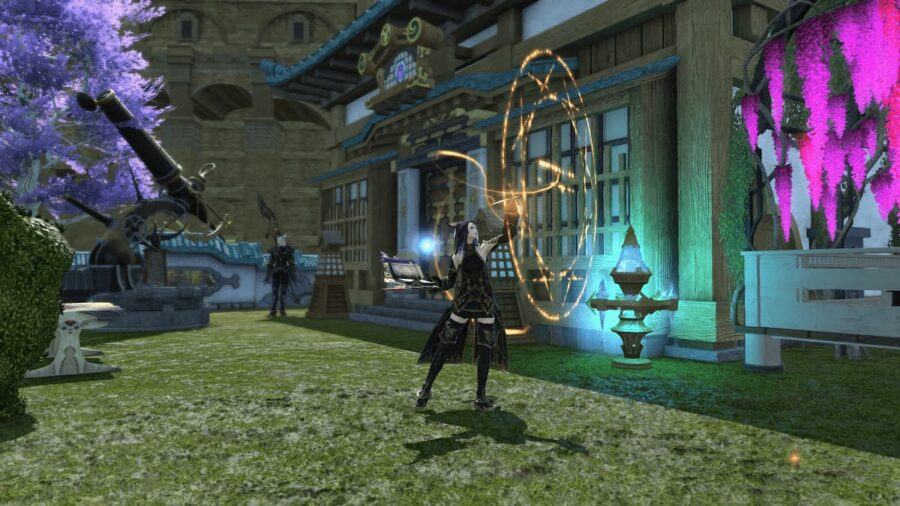 The Final Fantasy 14: Endwalker Media Tour has ended, revealing a host of new details about the upcoming expansion. We already knew from the Job Action Trailer that Summoner was getting a huge overhaul, but now we have details.

Damage Over Time has been one of the main components of Summoner for almost its entire existence. In Endwalker, DOTs are gone and the Summoner now summons!

This may seem like a damage decrease for Summoner, but almost every damage ability has had its Potency (potential damage) increased to compensate.

Related: What are the preorder bonuses for Final Fantasy 14: Endwalker?

The Egis of Garuda-Egi, Titan-Egi, and Ifrit-Egi was one of the main components of Summoner pre-Endwalker. Now, the Arcanist pet, Carbuncle, makes a return. This is a popular change as many people glamoured their Egi’s back into Red, Blue and Yellow carbuncles as soon as they were able!

Instead of Egis, you now have two types of summons: Demi Summons and Elemental Summons.  Demi Summons, which are Bahamut and Phoenix, were previously in the game. Demi Summons replace Ruin III, Tri Disaster, and Enkindle on your bar.

The new Elemental Summons are represented by the primals Ifrit, Titan and Garuda. Summoning an Elemental Summon replaces spells on your bar with new spells related to the elemental effect of that primal (Earth for Titan, Air for Garuda, and Fire for Ifrit).

Ruin III has been increased in potency and casting speed, and Tri-disaster has increased in damage as well. Energy Siphon and Energy Drain now grants you Ruin IV, an Area of Effect Ruin spell on instant cast.

At lower levels, you’ll receive weaker versions of the new spells, so Summoner doesn’t just completely change at level 80. The ability to summon the Elemental Summons unlocks at around the same point the old Egi’s did. So Ifrit at level 30, Titan at level 35, and Garuda at 45. And no more glamoring your Egi to look like a carbuncle, because the cute critter is here to stay!

Addle received a buff, making it a more useful mitigation tool. Addle's effects will now reduce both magical and physical damage dealt, with greater potency to magical damage reduction. And Physick and Resurrection remain, even though Physick is functionally useless at higher levels.

Overall Summoner has transformed from a DOT mage with a few cycles of great mobility, into a more flowing combo mage. Pet and Summon AI has also been tightened, so you don’t have to micro your Bahamut or your Phoenix anymore!

If you're a Summoner main, you probably like small cute things. In which case you should check out How to unlock the Dulia-Chai minion in Final Fantasy XIV on Pro Game Guides.

How to get all Anima Weapons in Final Fantasy XIV

How to unlock the Dulia-Chai minion in Final Fantasy XIV

When do you get a mount in Final Fantasy XIV?