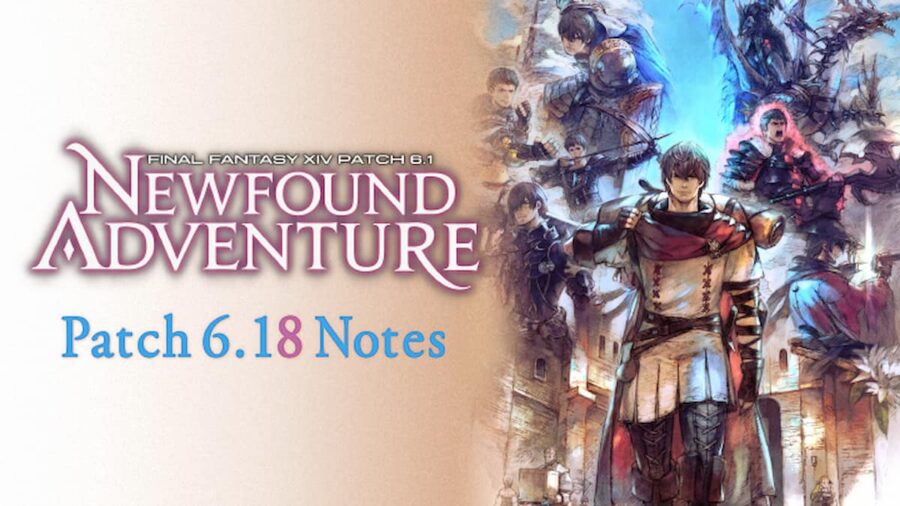 In the last patch of the 6.1x patch series, Final Fantasy received a number of changes to conclude this cycle. The 6.18 is an adjustment, bug fix, and new feature patch, with the biggest changes coming in the form of the long-awaited Data Center travel options. So while this patch adds no new quests, it's still worth reading up on all the class balance changes and additional features. Read on to discover the full FFXIV 6.18 patch notes.

The first Pandaemonium raids are now unrestricted in terms of loot.

Weapon enhancement items can now be purchased by using Aglaia coins from Nesvaaz, Radz-at-Han (X: 10.6, Y: 10.0). After you have the item, speak to Khaldeen in Radz-at-Han (X:10.9 Y:10.4) and exchange them for augmented gear of your choice.

Paladin has had its damage reduction reduced.

Increases to damage for the Warrior.

More damage for the Dark Knight as well.

And yet more damage for the Gun Breaker.

Ninja’s uptime for Seiton has been reduced.

Changes to many of the Dancer’s abilities make them more damaging in PvP.

Black Mage, perhaps the most tweaked class in PvP (Thanks Yoshi.P), gets nerfed again and a big change to Umbral Freeze.

Summoners are receiving some love in the form of improved damage numbers.

Season One of Crystalline Conflict is now over, with Season Two begining as of the release of patch 6.18

Some changes have been made to Frontline ahead of larger changes to the game mode in patch 6.2.

Related: What is the Island Sanctuary in Final Fantasy XIV? – Everything to know

The Data Center Travel System has been added! People can now visit Data Centers within their same region. This is done via the character selection screen rather than Aetherytes as with Cross-World travel. When traveling, you’ll receive a new title <Traveller>. When traveling to other Data Centers certain actions will be unavailable: