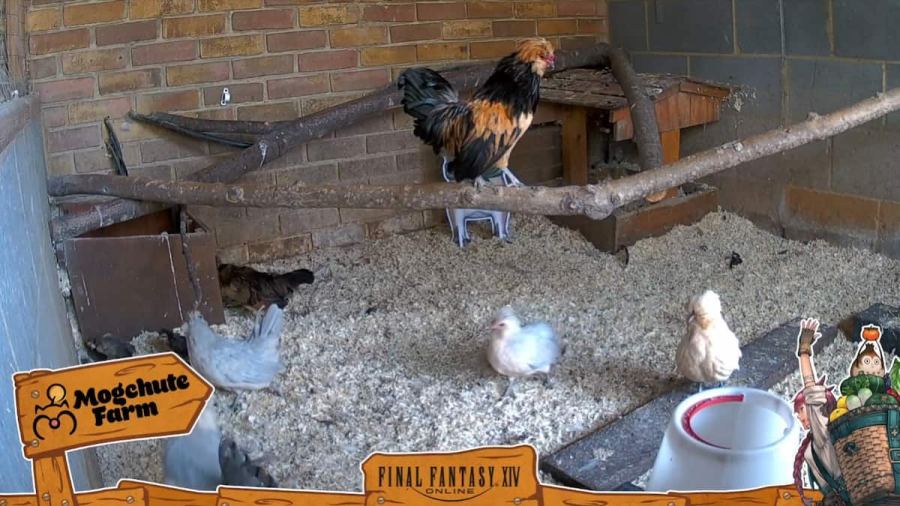 Yesterday, Final Fantasy XIV launched a stream to celebrate the upcoming release of the new Island Sanctuary feature. The stream would showcase real farm animals for a week, getting players in the mood for their new agricultural game mode.

But fans quickly latched on to one of the resident poultry on stream, dubbing a large rooster Zenos, after the eponymous villain from the Stormblood expansion onwards. Zenos yae Galvus is the recurring antagonist of multiple expansions, whose obsession with the player character leads them to commit horrendous acts in search of a perfect battle. It’s not entirely sure what inspired players to believe that this chicken looked like Zenos, but you can be the judge yourself.

With its orange plumage and commanding position over the rest of the chickens, the Zenos bird has certainly captured the imagination of the Final Fantasy XIV fan base. Fan artists have taken to Twitter to share some of their depictions of the chicken.

The rooster, which appears to be a White-Crested Polish breed known for its heavy top plumage, will be on display for the rest of the week—or so fans hope. Whether this chicken will find its way into the game as some kind of homage is probably a little bit of a fan pipe dream. Imagining the fearsome Garlean prince as a brightly plumed chicken may tarnish the players’ views of Zenos by imagining.