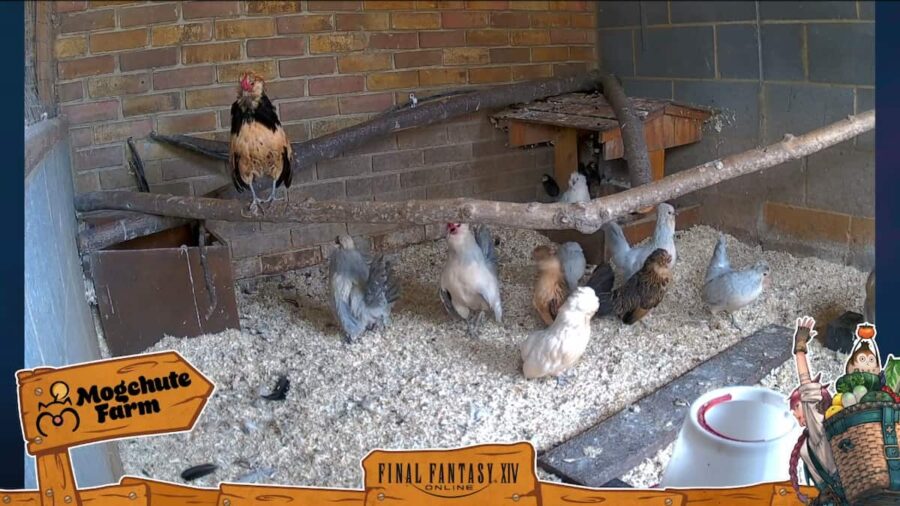 The Island Sanctuary might be the most anticipated feature ever introduced into Final Fantasy XIV. With its potential to let players experience a relaxed life on a secluded island raising animals and farming, plenty are eager to get their hands on it. So to tide players over until the release of patch 6.2, Final Fantasy XIV developers Square Enix are giving them a taste of the farm life with a livestream of real farm animals.

Titled the Mogchute Farm Livestream, which will showcase farmyard favorites such as pigs, goats, and chickens, with several other “surprises.” Daily feeding sessions will take place throughout the day, and fans and viewers can vote on which animals they see getting fed each day.

The event is being filmed at London, England's Mudchute farm, a registered charity that provides 32 acres of green space in the heart of England's largest metropolis. The farm is home to over 100 species of animals, with many rare British breeds on display. However, don't expect to see a Chocobo or a Moogle, those are in-game exclusives.

The event will last for an entire week. Starting at 5am PT, Aug. 15, the livestream will run until Friday, Aug. 19. You can check out the stream yourself on the official Final Fantasy XIV Twitch channel. And for more information, check out the official blog post on the FFXIV Lodestone site.