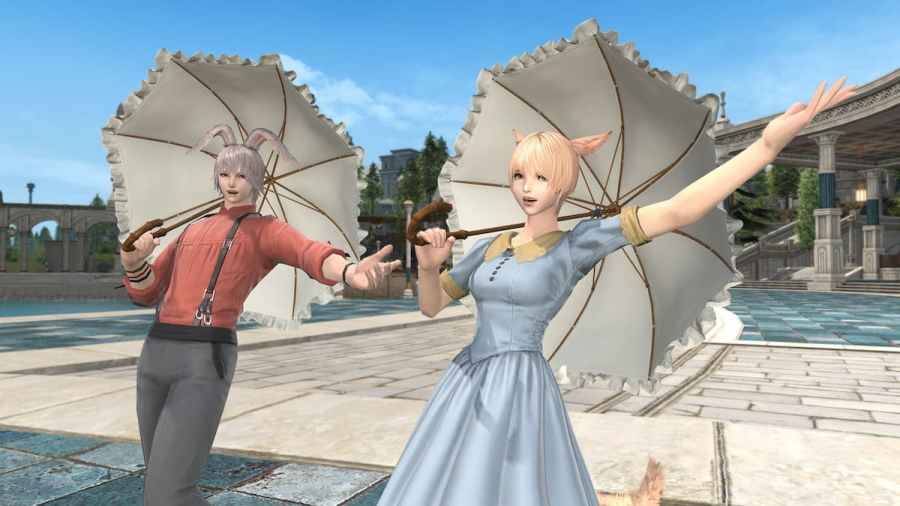 With patch 6.2 for Final Fantasy XIV just around the corner, Square Enix has update the official patch site with tantalizing new images of the upcoming update. These include images of the new Tomestone and Crafted Gear, Fashion Accessories, Dances, Mounts, and more.

The first eye-catching reveal was a new parasol and umbrella dance emote. This was shown off with a video showcasing the dance, with both the male Viera model and female Miqo'te.

Beyond this, some butterfly wings were previewed, showcasing that there will be several additions to the fashion accessories category in 6.2.

The update also showed off the new tomestone gear, purchased using Allagan Tomestones of Causality, and the new crafted gear. At least three new mounts were shown off, presumably obtained from the Island Sanctuary, and a new adorable flying squirrel minion, which may be a raid reward.

Patch 6.2 is one of the most anticipated patches in years and definitely the largest since the Endwalker expansion for FFXIV launched. It releases on Aug. 23 and is set to introduce new story missions, dungeons, raids, the Island Sanctuary, and more.