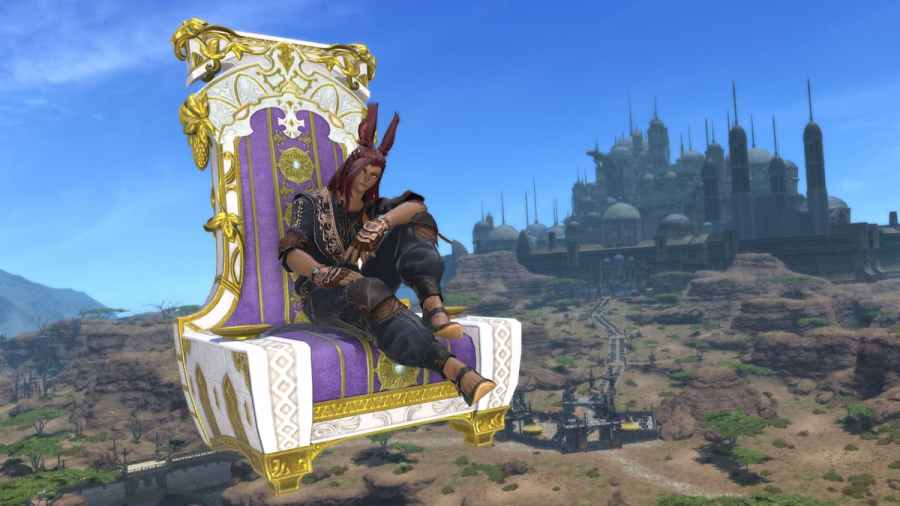 Final Fantasy XIV patch 6.25 releases on Oct. 18, but we already have some sneak peeks of the items and unlocks we’ll be able to access once the update drops. Square Enix revealed several of these on the official Patch 6.2 website, updated today with new images.

Keen-eyed players could spot that the Criterion Dungeon entry of the site was updated with a picture of a new mount, a regal-looking throne flying above Ul’dah. The white throne decked out with gold trim and purple plush seems to have a Ala Mhigo theme, or perhaps it is just purple and gold because those are some regal colors.

Related: How to get the Lynx of Imperious Wind Mount in Final Fantasy XIV

Either way, the throne mount appears to be a reward for completing the new Criterion Dungeon, a harder dungeon, and a more difficult version of the new Variant Dungeons. It’s not surprising that some mounts are tied to this difficult content. Extreme Trials and Savage Raids frequently have mounts as rewards, so the more challenging dungeons will do, it's natural.

The throne mount wasn't the only notable new item spotted in the recent site update. New emotes, and other mounts, which are assumed to be tied to the new Tribal Quests for 6.25 were also added to the site. It seems like patch 6.25 will be just as jam-packed with content as the last update.