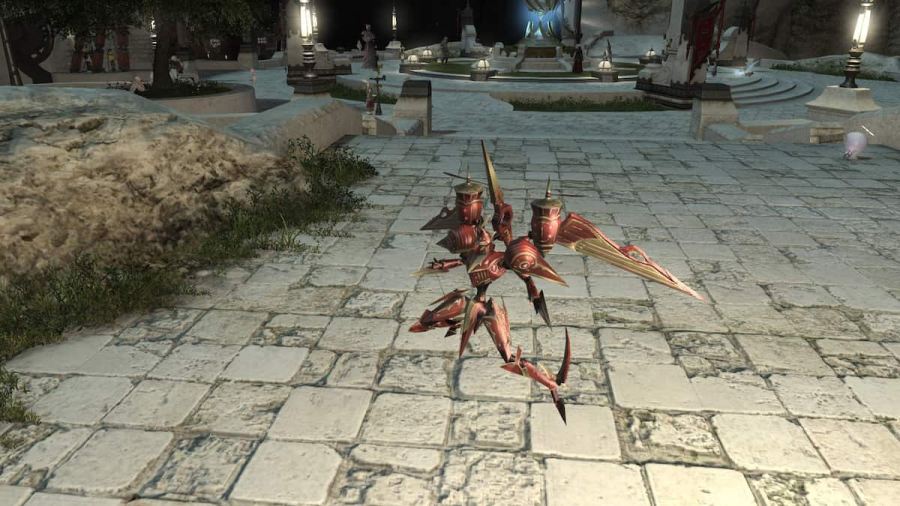 How to unlock the Clockwork Crimson Chaser Minion in FFXIV

The Clockwork Crimson Chaser is the PvP series reward for reaching Level 16 in the Crystalline Conflict Series 2 Malmstone levels. To reach this, you need to acquire Series Experience. To do this, participate in Casual or Ranked games of Crystalline Conflict or Frontline. You can vary this by playing different game modes so the grind doesn't get repetitive.

Related: Where to find Princess Trout in Final Fantasy XIV

In general, this will take around 20-30 games of PvP games. Again, this can be Crystalline Conflict, Ranked or Casual, and Frontline. However, as you receive more experience for wins, you might be able to do it in a lot less than that many games. You can also receive a bonus to Series Experience by claiming the daily bonus reward from the Daily Challenge: Frontline.

The Clockwork Crimson Chaser also has a partner minion in the Clockwork Cerulean Chaser. Red and Blue (or Crimson and Cerulean) are the two colors of the teams in Rival Wings, a PvP mode featuring Cruise Chasers that returned to FFXIV in patch 6.2. This pair of minions clearly celebrates the return and gives players a reason to play these PvP modes even more.