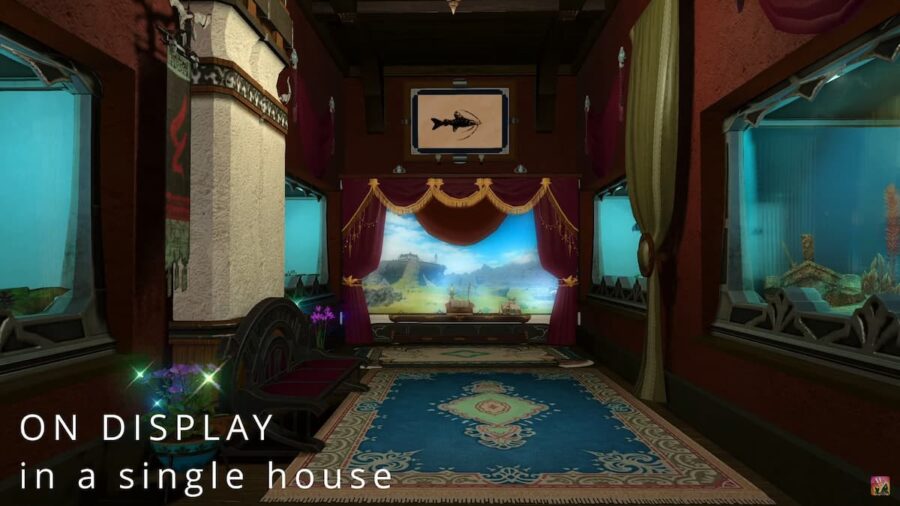 Image via The Eorzean Aquarium

On May 1, 2022, a very special Final Fantasy XIV house was unveiled. Named the Eorzean Aquarium, the uniquely decorated house showcased every single Aquarium fish in FFXIV. Across 21 rooms and 90 fish tanks, over 170 fish where showcased. Today, the makers launched a website dedicated to their multiple venues and aquariums across different Data Centers.

Entitled The Eorzean Aquarium, the website showcases the three locations: the original on the Malboro (Crystal) NA server, the second on Europe’s Spriggan (Chaos) server, and the third upcoming location on Sophia (Materia) in Oceania. Beyond just a website for the locations, this site features an event calendar, other featured aquarium houses, and more.

Related: Final Fantasy XIV was the only game to grow year-on-year for Square Enix in 2022

If you’re a FFXIV player and haven’t visited these Aquariums, you really should. While many players will transform their house into a shop, RP venue, nightclub, bar, restaurant, or other businesses, this may be the only example of an in-game, non-profit Aquarium. Most collections this size are often locked behind Free Company mansions and not open to the public. The Eorzean Aquarium offers a chance for players to see a part of the game they may never have experienced in-person.

The Eorzean Aquarium’s EU venue on Spriggan (Chaos) is set to take place on August 13. Until then, the NA version is easily accessible in Plot 59, Ward 16 of the Lavender Beds on Malboro. The venues are always open and free to wander. You can access them easily, even if you’re on a Sprout (new) account. So, even if you’re not on the NA Data Center, it’s worth checking out!