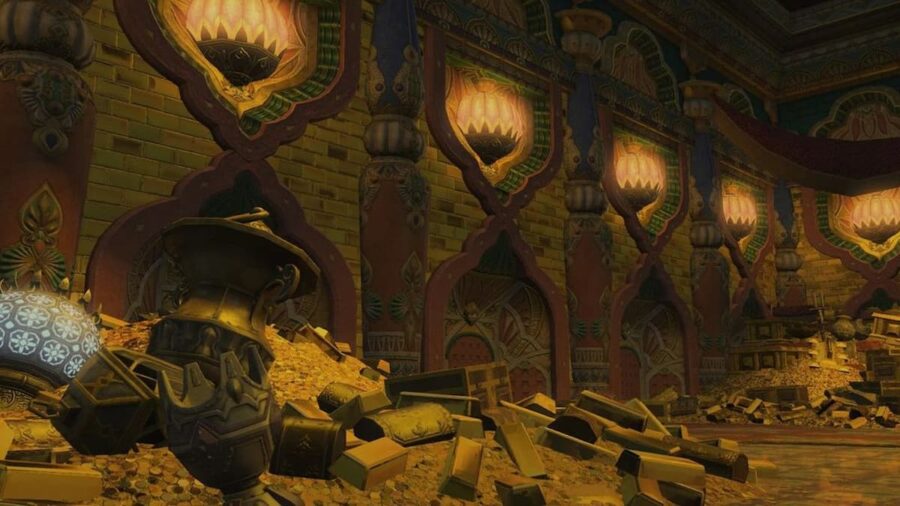 Everyone knows MMOs are big business, but for Square Enix, one of the most famous game developers and publishers in the world, it's one of the few shining lights in a bad quarter. On Thursday, Square Enix released their latest financial results, and it’s not good news. Apart from the MMO category (that includes Final Fantasy XIV), which grew year-on-year.

Of the company’s three main Digital Entertainment categories, only MMOs grew year-on-year since the last quarter. The report states that “HD Games” (games for consoles and PC) did not reach the level of the previous years despite the release of multiple new titles. In “Games for Smart Devices/PC Browser” (largely casual and mobile games), the report stated that newly released titles were unable to offset weak performances from existing titles.

Only in the MMO category was the news good. In that vertical, paying subscriber numbers for Final Fantasy XIV rose year on year. This contrasts with the rest of the financial results which emphasize that sales and operating income for the past quarter have declined. Square Enix also operates Final Fantasy XI and DragonQuest X under its MMO banner, but details about their performance weren’t included in the report.

There are a few reasons for Final Fantasy XIV’s strong performance versus last year. For one, during Q1 in 2021, FFXIV was in the second year of expansion. Compare that to the same quarter this year, and FFXIV had only released Endwalker a few months ago.

But keeping that momentum going will be the difficult part. Traditionally, Final Fantasy declines in players the longer an expansion goes on. This is true of any MMO, but for Final Fantasy, with its narrative-driven gameplay, fans are especially enticed by story content.

The report goes on to state that no expansion packs will be released in the coming quarters (although we already knew this) so the company will focus on retaining users through “a variety of operational initiatives.” What does that mean? Primarily that new game features and events will be what Square Enix is relying on to keep players playing. And with the release of patch 6.2 and the highly anticipated Island Sanctuary feature, it’s easy to imagine they’ll be successful.