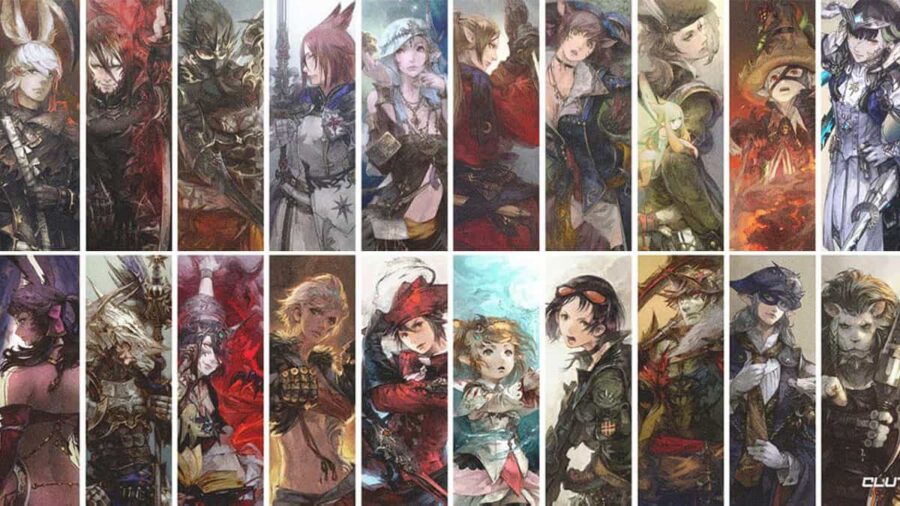 Final Fantasy XIV has 10 different Base Classes and 20 unique Jobs that players can choose from. One of the great things about Final Fantasy XIV is that you can play all of the Classes/Jobs on one character. So naturally, you will often switch between multiple the more you play. Here is how to change your Class/Job in Final Fantasy XIV.

The Base Classes are meant to ease the player into a certain role and play style using broad and simple abilities. Before long, these Base Classes will evolve into their own respective Jobs, giving the player access to new and more specialized abilities. Once a Class evolves into a Job, there is no real reason to go back to the Class. However, since Jobs are not exclusive to your character, you will have the ability to learn other Classes/Jobs and switch between them.

Changing between Classes and Jobs in-game is actually super simple and can be done on the fly. However, there are a few requirements to be able to switch Classes/Jobs. First, you have reached level 10 with at least one Base Class and completed the correlating level 10 Class quest. Secondly, you will need to ensure that you unlock the Class/Job you would like to be switching to by speaking with that Class/Job's Trainer.

Once you have reached at least level 10 and spoken with another Class/Job Trainer, you will be able to switch between the two at any point by simply equipping the Class or Job's chosen weapon type. Once you equip a new weapon type, your Class/Job and your abilities on your Hotbar will update to match that of the equipped weapon.

So there you have it, that is how you can change your Class/Job in Final Fantasy XIV. Remember, some Jobs have Base Classes that need to be leveled up before evolving into a Job. However, other Jobs will not have a Base Class that needs to be leveled first and will usually be at a higher level starting out.