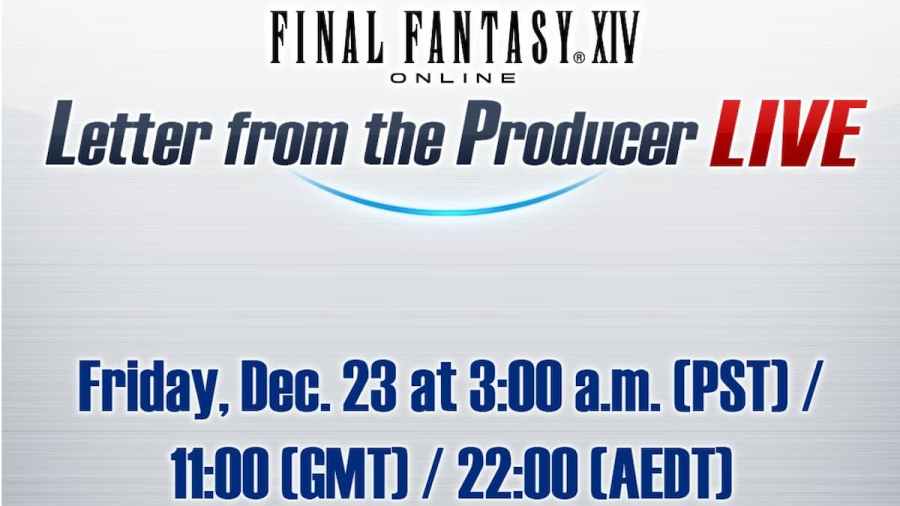 Final Fantasy XIV developers Square Enix are keeping the festive season busy with another Live Letter to wrap up 2022. The next Letter from the Producer LIVE (known in the FFXIV community as a Live Letter) was announced on Final Fantasy XIV’s official Twitter on December 9, with an accompanying post on the game’s Lodestone website.

Kicking off on Friday, December 23, 2022 at 3:00am PT, the live stream is set to bring players the latest information and gameplay footage from FFXIV Patch 6.3, entitled “Gods Revel, Lands Tremble!” As always, the event will be hosted by FFXIV global community producer Toshio “Foxclon” Murouchi and the game’s head producer and director Naoki Yoshida.

Last Live Letter, we received confirmation that the 6.3 update would drop in January 2023. With this pre-Christmas stream, it’s likely we’ll either receive a solid date or a closer approximation via new details. But beyond this, we’ll likely see more details of the upcoming game features. We know that there’s new Main Scenario Quests (MSQ) coming in 6.3. There’s also a new Deep Dungeon to come in 2023, a new Ultimate Raid, and so much more!

Overall, this is the perfect early Christmas (or should we say Starlight) gift for Final Fantasy XIV fans. Don't miss this chance to tune in and see some of what’s planned for FFXIV in 2023 and beyond!

One more FFXIV Live Letter for 2022 to end the year with more revelations!