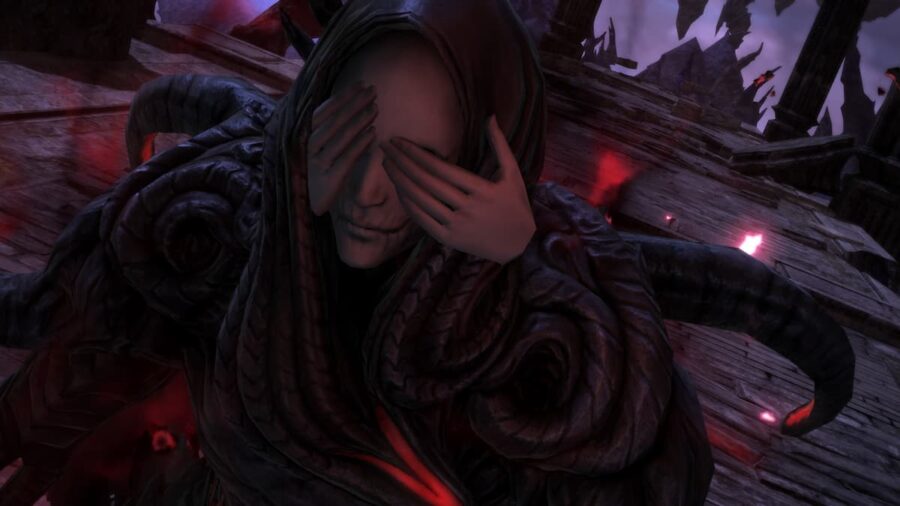 Pyromancer, a well-known Final Fantasy XIV streamer, has been hit with waves harassment and mass reports after reportedly violating the game's Terms of Service (TOS) on third-party tools. However, evidence exists that Pyromancer was the victim of brigading and targeted reporting.

On Monday, May 9, an official blog post from Naoki Yoshida, FFXIV’s director and producer, outlined a more strict approach to third-party mods and add-ons. The next day, two high-level raiders were banned for violating these rules on stream. The attacks on Pyromancer’s came later in the day.

Related: Final Fantasy XIV raiders are being sent to GM Jail in the middle of Dragonsong Ultimate Raid

As a post from fellow Final Fantasy XIV streamer Arthas shows, Pyromancer appears to be the target of brigading. Two posts, one from the 5ch message board, and one from a Japanese message board, show plans and pre-written report cards.

Given that the posts came just minutes after a rant from Pyromancer about the recent changes in enforcement about add-ons, it does definitely seem like he's the victim of targeted reporting.

This controversy about add-ons seems to be mounting, with more and more streamers affected. What’s more, the traditionally welcoming Final Fantasy XIV community has become divided.

An earlier version of this article incorrectly stated that Pyromancer had been banned following targeted reporting. It has been amended to correct this.