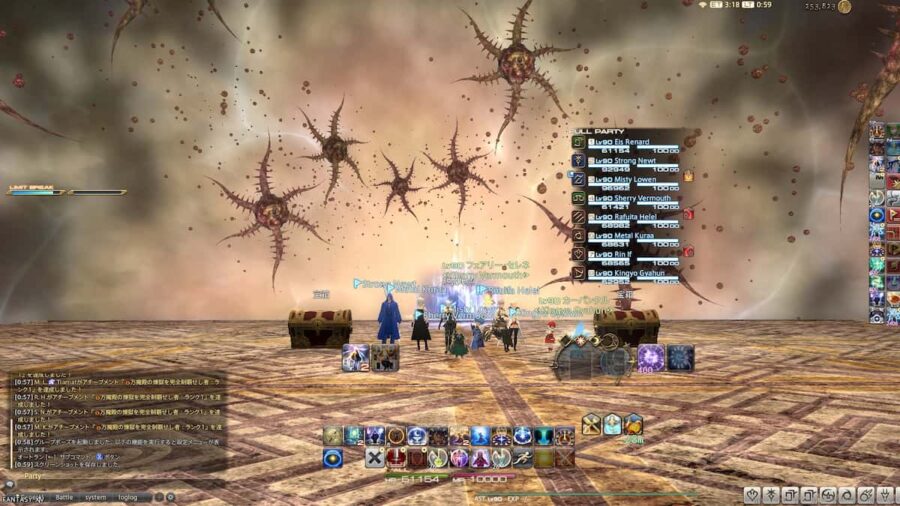 The static, who are currently listed as UNNAMED_ in both FF Logs and Mog Talk’s raid race tracker, were quite literally an unknown commodity in the raid race. It was thought that Neverland, or Aether Group 4, who ultimately came second and third place, respectively, in the race, were hot favorites to win. But with a surprising victory, the Japanese static took the win.

Pandaemonium Abyssos Savage has been one of the most challenging eight-man raid series in FFXIV for several years. It’s rare for a Final Fantasy XIV raid race to last more than a single day. This is due to the nature of the fights. But this tier has been unusually difficult, perhaps geared around the additional week of prep players would have.

In particular, the P8S boss, Hephaistos, has proven to be a huge stumbling block for most guilds. The fight’s incredibly high damage and door mechanics have meant few have been able to best the fight. At the time of writing, just three guilds had reported clears.

The race will continue for many statics who still want to make the leaderboard. Even further, many will come up against the stumbling point of this fight for months to come. For the winners, there’s time to rest, though. There’s at least five more days until reclears!