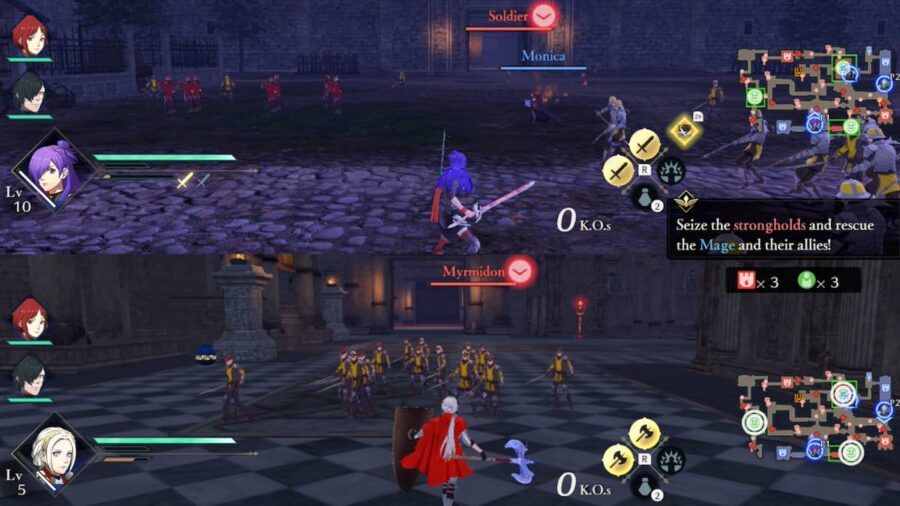 Playing with a friend is always a barrel of laughs, so why not play with a friend or significant other in Fire Emblem Warriors: Three Hopes? From the start of the game, two-player co-op is not available. Here is when the feature unlocks in Three Hopes.

Two-player co-op mode does not unlock in Fire Emblem Warriors: Three Hopes until you have reached Chapter 4. Two-player mode will be available as soon as you start Chapter 4, so player two can hop on with you to join in battles.

How to add a second player to Fire Emblem Warriors: Three Hopes

The process of getting a second player to join you is fairly straightforward. When on the Battle Map screen, where you can position your units, press the - (minus) button on player one's Joy-Cons or another Switch Pro Controller. This will add a second player to the game. "P2 Can Join!" will change to "P2 Joined" when the - is pressed. On the map, one of your units will have P1 next to them, and one will have P2. This indicates who controls which playable character.

The second player can only play you when fighting the battles in Fire Emblem Warriors: Three Hopes. You will not see them roaming the camp, and they will have no say in your choices. They are purely a second warrior to fight alongside. Once you have started a game in co-op, you cannot end it unless you finish the fight or retreat to the war map and enter the battle alone.