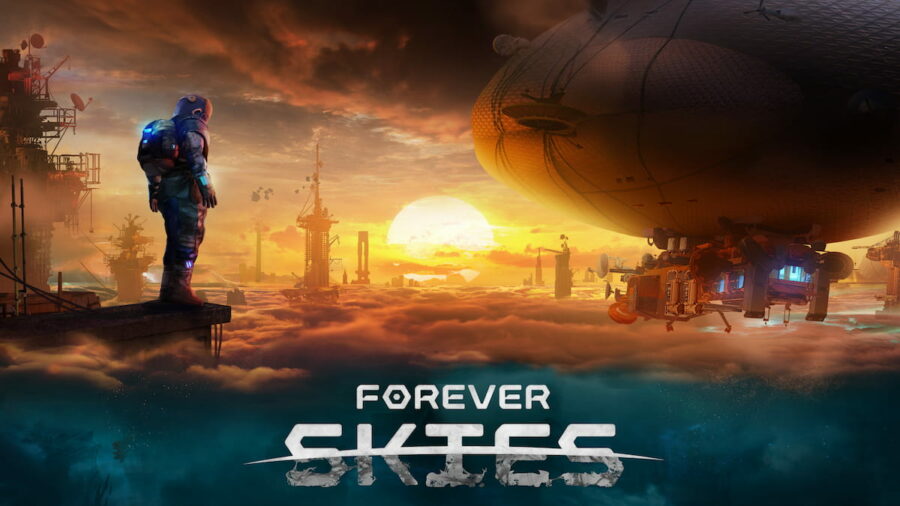 Developer Far From Home has announced they will be holding an AMA on live stream for their upcoming title Forever Skies on August 3, 2022, at 1pm ET. The survival title caught critical acclaim after its initial reveal, and fans have eagerly awaited more information on the upcoming title.

The official Forever Skies Twitter states, "Got a question for our Dev's about Forever Skies? We will be hosting an AMA, Wednesday (03/08) on YouTube!" Far From Home also announced that Forever Skies would participate in the Steam Survival Fest. Unfortunately, there has been no announcement, but with luck, we may receive a demo in the future.

Forever Skies looks to take what made Subnautica such a joy and take it to the skies. You play as a survivor among the ruined skies of apocalyptic Earth, trying to find a cure for a mysterious disease afflicting your family. You'll need to build an airship and scavenge what remains of Earth.

With its early access launch, Forever Skies will be a solo experience, but the developers intend to bring 4-player co-op down the road. Set a reminder, tune in to the AMA, and get answers to your questions ahead of Forever Skies' release. Or avoid it and take to the skies blind!